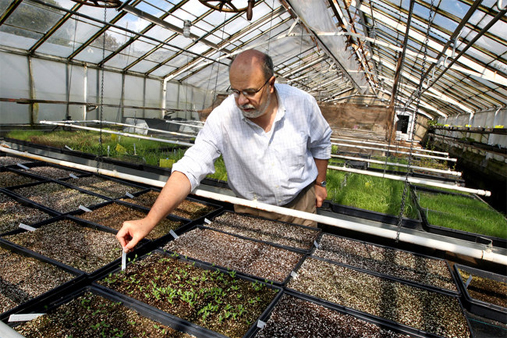 The New York Times profiles Ed Toth, Director of the NYC Department of Parks & Recreation’s Greenbelt Native Plant Center (GNPC), a greenhouse and nursery operation that provides seed and plant material for restoration projects across the city’s 1,700 parks.  Toth’s major contribution to the Center’s mission has been the harvest and banking of seeds of native plants, which happens through laborious wild collection and hand processing through mesh screens.  Among Toth’s primary targets with this effort is the cultivation of robust grassland ecosystems atop the mounds at the Freshkills Park site, which are currently sown with grasses selected primarily for their efficacy in maintaining slope stability and erosion control. The GNPC is currently cultivating a mix of seeds of 13 native grasses and wildflowers for Freshkills Park that Toth hopes will push the mounds beyond functionality to create diverse and local meadow habitats.

The story notes that the GNPC is currently part of many seed banking initiatives at local, regional and international scales.  They have contributed seeds to the Millenium Seed Bank Project, a worldwide seed saving initiative in Kew, England as well as the Seeds of Success project, a national seed banking project here in the United States.