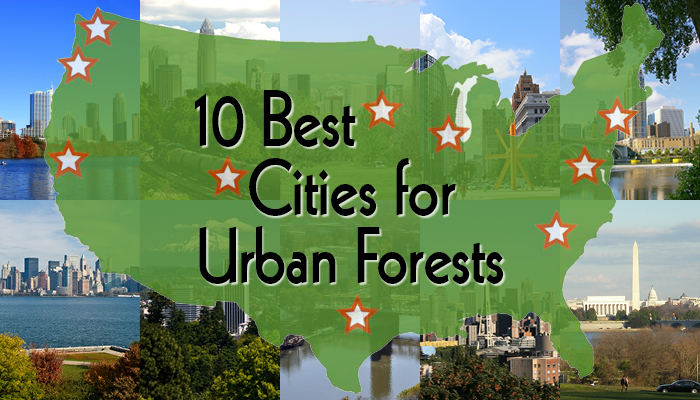 The conservation group American Forests has just released a ranking of the top 10 best U.S. cities for urban forests, and New York City made the list! After an independent collection of data on the 50 most populous American cities, a panel of technical advisors from the U.S. Forest Service ranked the cities based on their overall commitment to improving and expanding urban forests, green infrastructure, and environmental resources.

The top cities were selected because they recognize the important roles that trees play beyond beautifying urban landscapes. Among the other parameters considered by the U.S. Forest Service were community engagement around urban forests, new developments in energy conservation and stormwater management, and public access to green spaces.

“These 10 cities are examples of the type of dedication and leadership needed to improve the health and vitality of urban forests in some of the largest cities in the U.S.,” says Scott Steen, CEO of American Forests. “Whether it is achieving cleaner air and water, managing stormwater, reducing energy usage or stemming erosion, no two cities have worked exactly the same way to achieve their place on our top 10 list, but they each serve as a role model for others.”

New York City, which is more than half way to its goal of one million trees planted by 2017, has nearly 20% of its 300 square miles of land covered by parks like Freshkills Park and Central Park. With all of this green space it is estimated that more than 2,000 tons of pollution is removed from the air each year, a value of $10.6 million. New York’s commitment to providing easy access to green space is an example of the city’s dedication to sustainability, health, and the overall well-being of the people.