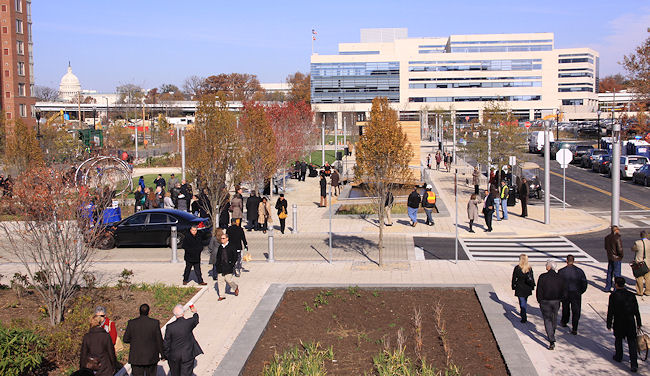 Canal Park in Washington DC, situated between the Anacostia and Potomac Rivers, was originally a canal before it was paved over in the early 1900’s for a multitude of uses, including use as a lot for idling buses. The area was converted into a park in 2000 and shortly thereafter, in 2004, the non-profit Canal Park Development Association sponsored a sustainable park design competition for the site. OLIN, a landscape architecture, urban design and planning firm was selected to design the park.

Construction on Canal Park began in 2010 and the park opened in November 2012. The new design includes many sustainable, innovative features.   Among these are underground cisterns that collect “grey water” runoff from the park and neighboring blocks to be reused in park fountains, toilets, ice skating pond and irrigation. Additionally, geothermal wells have been installed to provide heating and cooling in park amenities.

The transformation of Freshkills Park involves a similar commitment to sustainability. The Owl Hollow Fields, under construction at Freshkills Park, will have a geothermal-energy-heated, green-roofed comfort station designed by Sage & Coombe. Schmul Park, which opened in 2012 and is located in the Travis neighborhood of Staten Island, also includes many sustainable features. The comfort station designed by BKSK Architects features a rain garden and throughout the park there are native plantings and permeable pavement in order to mitigate surface stormwater runoff.

Both Freshkills and Canal Park are model examples of 21st century sustainable parks. 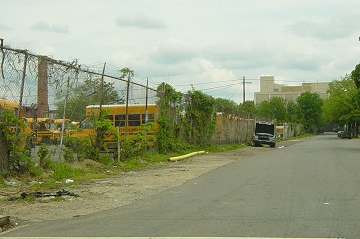 Canal Park before revitalization (May 2003) 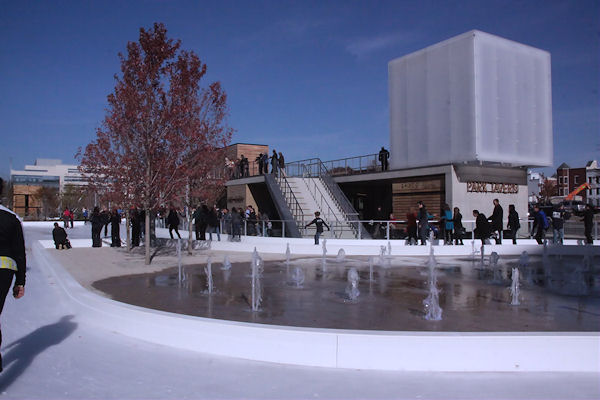