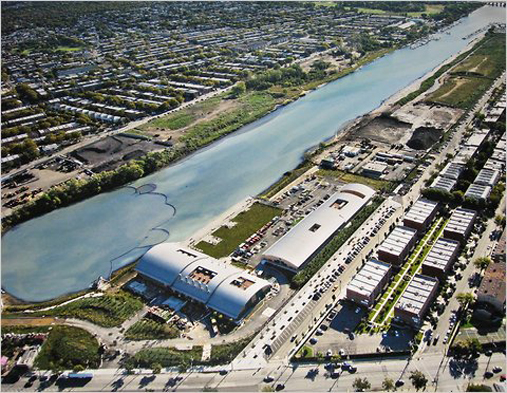 The NYC Department of Environmental Protection has announced a $400 million upgrade to the 26th Ward Water Pollution Control Plant (WPCP) in Brooklyn that will reduce the amount of untreated sewage overflow entering Jamaica Bay  during storm events by 1.2 billion gallons a year. The 26th Ward WPCP treats the wastewater of a nearly 6,000-acre drainage area in eastern Brooklyn, but during periods of heavy precipitation, the plant frequently reaches its treatment capacity. Once that threshold has been passed, any excess effluent overflows into Paergadet Basin in northern Jamaica Bay, contaminating the estuary with harmful bacteria and nutrient loads. The new facility, to be constructed by 2020, prevent the majority of excess sewage from entering the bay by retaining it in  four tanks with up to 50 million gallons of overflow capacity.  The City also will establish a $13 million  fund to support salt marsh wetland restoration projects in Jamaica Bay and spend another $2 million to restore marsh island habitat.

(via The New York Times)