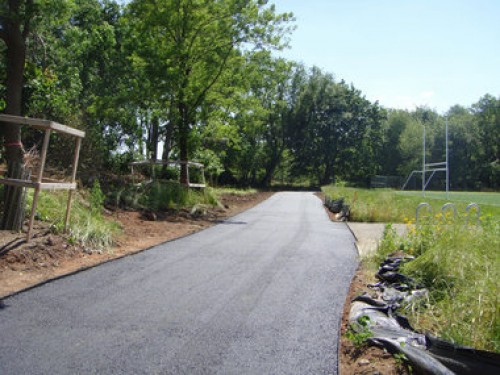 Come August,  Staten Island is set to become an even more bike-friendly borough. The Parks Department is in the process of completing a two-mile bike path that will connect the neighborhoods of Great Kills and New Dorp, both of which lie on the other side of Latourette Park from Freshkills Park. The path will run parallel to the southeastern coast of the Island and will provide bikers, runners and walkers a more protected and bucolic alternative to traveling along the roadways. This bike route will be a welcome complement to Freshkills Park’s own 3.3 mile New Springville Greenway, set to be completed by 2013. Eventually, the route will also include spaces for “outdoor gyms” as part of city-wide fitness initiative, BeFitNYC. The creation of this path also represents an important new partnership between several city and state agencies in order to more efficiently improve the quality of  New York City’s parklands for visitors and local residents alike.