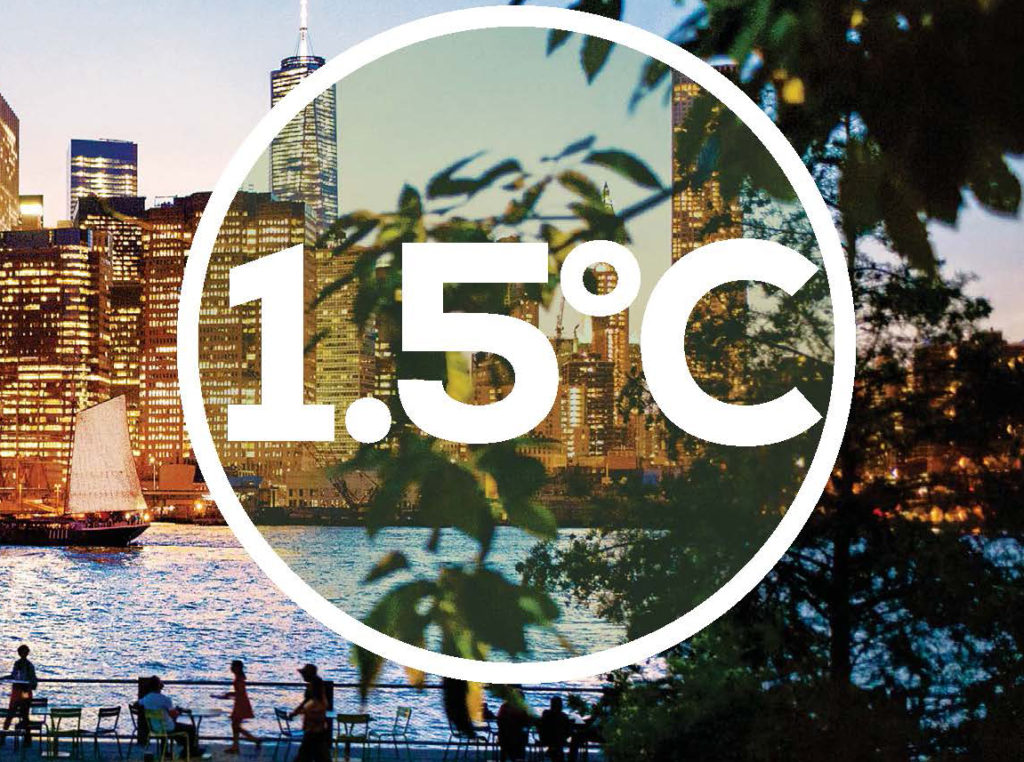 In 2016, nearly every country signed the Paris Climate Agreement. The agreement requires all participating countries to take action to reduce greenhouse gas emissions in order to keep the Earth’s temperature from rising two degrees Celsius above pre-industrial levels. Two degrees might not seem like a lot, but according to NASA it’s probably the tipping point for widespread ecological problems caused by climate change. These problems include increased sea level rise and more frequent heat waves and intense storms.

The 1.5°C action plan accelerates the City’s 2014 Roadmap to 80×50 to reduce greenhouse gas emissions by 80% by 2050. It outlines the pace, scale, and impact of the work needed to meet the C40 Cities Climate Leadership Group goal of peaking city emissions by 2020.

Greenhouse gases (GHG) like carbon dioxide (CO2) and methane trap heat in the atmosphere. CO2 emissions come from a variety of natural sources, but emissions have been increasing since the industrial revolution due to human activities. These activities include burning the fossil fuels coal, natural gas, and oil, while simultaneously destroying the natural “sinks” like forests and grasslands that remove CO2 from the atmosphere. The increase in GHG emissions has led to a warmer atmosphere, and the temperature will continue to rise if these activities continue.

Coastal cities like New York face a number of challenges due to an increased global temperature. According to the new plan, high-end projections show that New York City could see a sea level rise of up to 30 inches and an average annual precipitation increase of 13% by 2050. The city also faces increased average temperatures and frequency of heat waves. All of these factors would change the livability of the city and put vulnerable populations further at risk.

According to 1.5°C, New York City must commit to specific actions that accelerate near-term GHG  reductions and enable deeper reductions over the next 30 years. The plan focuses on four major sectors – buildings, energy, transportation, and waste – and how these sectors can change in order to reduce consumption, increase efficiency, and transition to green energy. Here are some of the key actions the plan identifies:

The 1.5°C action plan serves as an example for how cities can combat climate change. New York City has established itself as a leader in large-scale land reclamation with projects like Freshkills Park. The City is also charting a new course for how local governments can decrease wastefulness and increase sustainability on a citywide level.