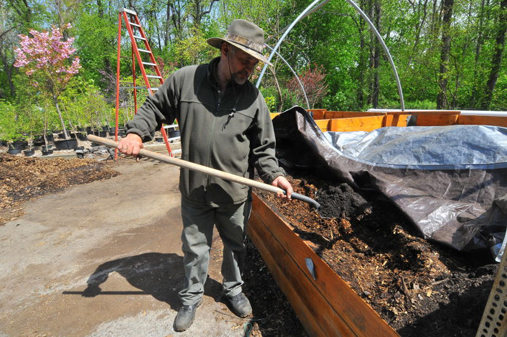 The New York City Department of Parks and Recreation‘s Daily Plant runs an interview with Richie Cabo, Director of the Citywide Nursery and designer of the O2 Composter, a new compost bin that could increase efficiency of leaf management operations in parks throughout the city.  Each bin is separated into three chambers with different mixes of organic material to keep compost cooking at different temperatures.  The compost does not need to be turned to encourage microbial activity; instead, aeration is provided by air tubes built into the bin.   The system takes just three months to produce quality compost, compared to a typical timescale of a a full year.  A pilot program using the O2 is in place in  Van Cortlandt Park, in the Bronx.