Monitoring the Waterways of Freshkills Park 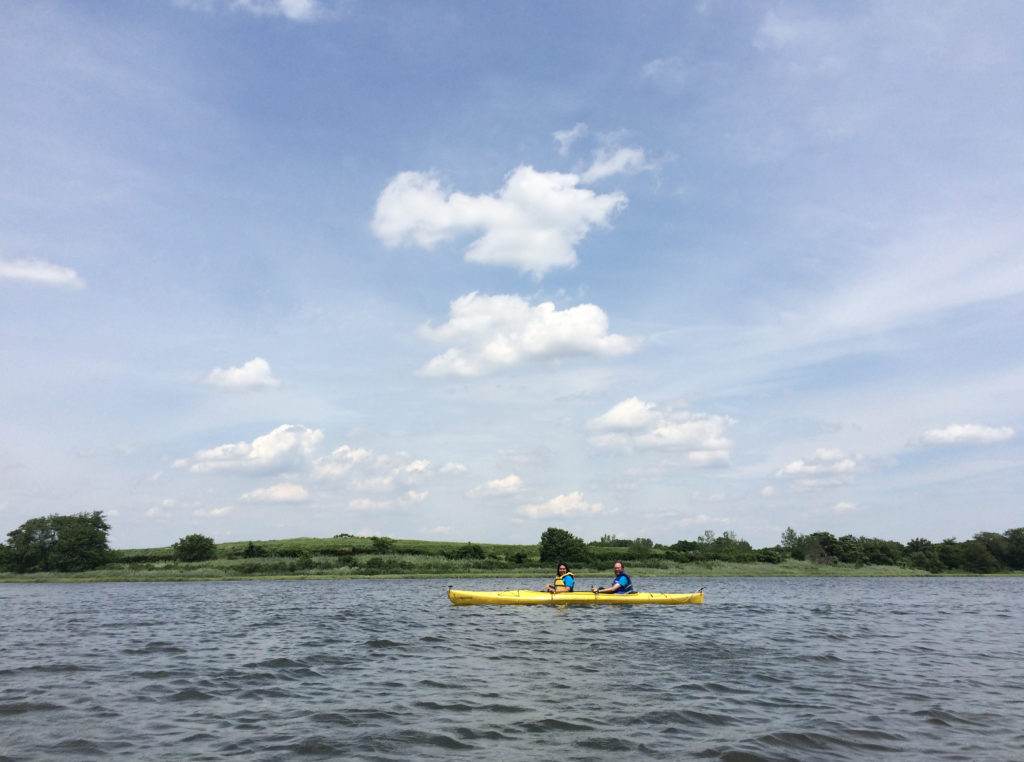 Between June and September, NYC Parks staff conducted weekly water testing at the park to look at the health of the waterways. NYC Sanitation regularly conducts tests to monitor the air, surface water and groundwater at Freshkills Park. While the data that Sanitation collects is used to assess the effectiveness of the landfill infrastructure, this testing was focused on tracking the site’s restoration from an ecological perspective.  A great way to do this is by looking at the health of the water because it forms the base of much of the ecosystem.

Tidal creeks run through the center of the Freshkills Park site, branching off in different directions from the Arthur Kill. The creeks have become a home to many wildlife, as well as a popular place for kayak tours. Parks staff partnered with the College of Staten Island (CSI) and the Interstate Environmental Commission (IEC) to conduct weekly water tests in two locations, one on Richmond Creek and the other on Main Creek. Staff would kayak to the two locations to collect samples. At each site staff would also collect information on the amount of oxygen in the water, the pH, and the salinity.

The samples would then be turned over the IEC lab at CSI, where they were tested for Fecal coliform and Enterococcus at both locations by placing the water on a bacteria food source at different concentrations and counting the number of colonies that grew. These bacteria are naturally present in waterways, and are used as human health-related indicators of wastewater-related pollution – as wastewater pollution increases in an area so does the number of these bacteria. The bacteria are present in all of the waterways in New York City in varying amounts.

The measured concentrations met safe boating standards set by the New York State Department of Environmental Conservation. Many of the weeks were even within the swimmable limits!  The average oxygen content was 80%, or 6.8 mg/L, and the average pH was 7.46. This is well above safe limits for the fish and invertebrates that live in the creeks.

These results are great news for the plants, fish, birds, and invertebrates that call the park and its creeks home. Cleaner water means a healthier ecosystem from every aspect.  The data collected will go on to inform future studies concerning the health of the creeks. It will also give us a baseline to track the improving quality of the waterways in Freshkills Park.