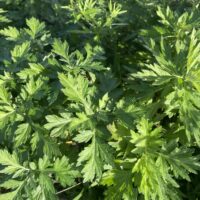 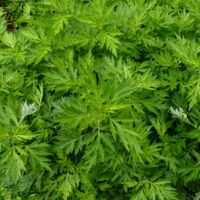 Recognize this plant? Mugwort is a common name for several species of flowering plants in the Artemisia genus. In North America, most species of mugwort are invasive species that frequent disturbed sites such as forest, roadsides, and pastures. Mugwort displaces native plants by outcompeting them for nutrients and sunlight. By spreading through rhizomes and intense seed dispersal, this noxious weed is able to form large, dense colonies. A single mugwort plant can produce up to 200,000 seeds! Luckily, mugwort has some positive uses. 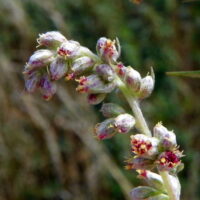 Close up of mugwort flowers.

Since at least the 12th century BCE, mugwort has been used around the world to flavor ales and food dishes. In Medieval Europe, mugwort was used to repel insects from gardens and to protect travelers from fatigue, evil spirits, and wild animals. Roman soldiers would place mugwort leaves in their sandals to prevent foot aches. In East Asia, mugwort has been used for thousands of years in a process called moxibustion, where pulverized, aged mugwort is burned on acupuncture spots as a form of therapy to strengthen the blood. Indigenous peoples would use mugwort for medicinal purposes, making teas, washes, and salves to treat itching, bruises, odor, and menstrual cramps. According to legend, St. John the Baptist would wear a girdle of mugwort in order to relieve stomach pain, giving mugwort its nickname of St. John’s herb – not to be confused with St. John’s Wort. 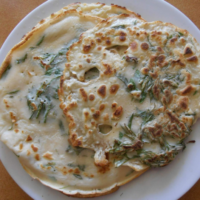 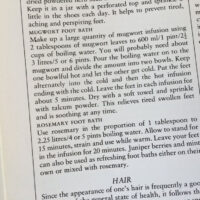 Excerpt from a mugwort foot bath recipe from “The Herb Book” by Arabella Boxer & Philippa Back. 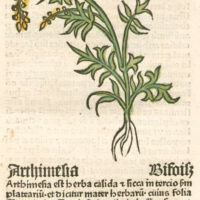 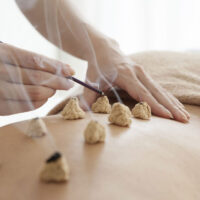 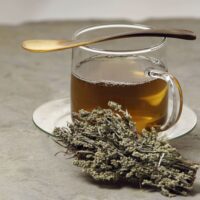 Japanese mugwort tea — best to drink on an empty stomach to boost its effectiveness. (Photo credit: The Japan Store)

If you’re interested in using mugwort for medicinal reasons, be sure to talk to a medical professional before starting. While herbal remedies are often considered safe because they are “natural”, everybody is different and even natural products come with side effects and drug interactions.