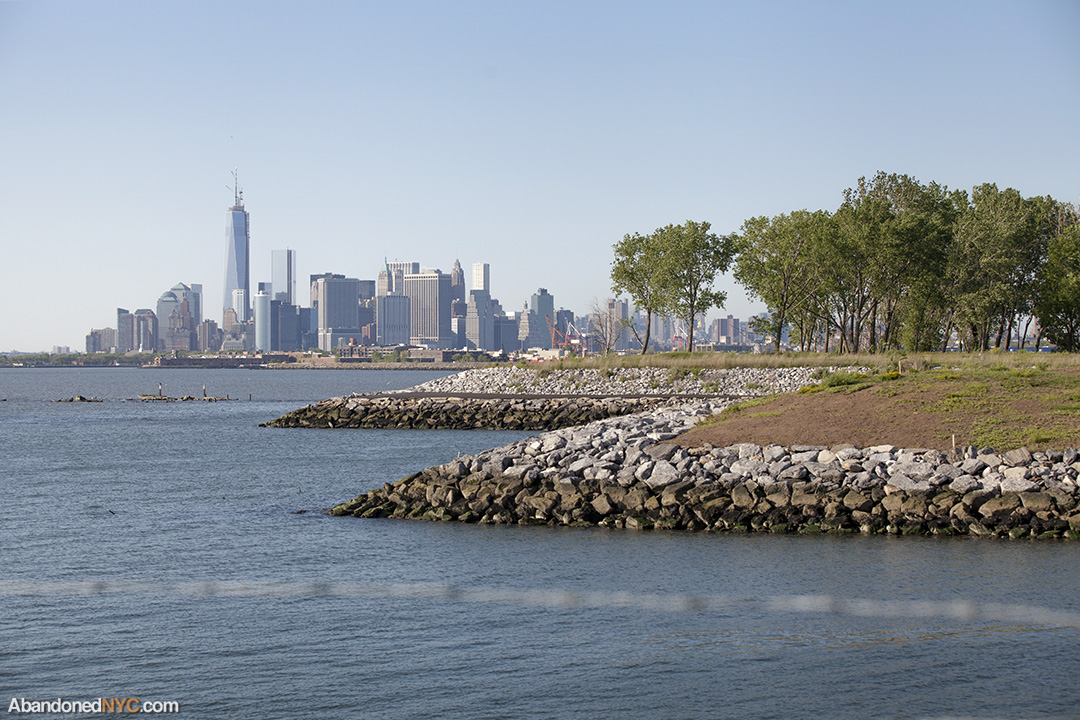 The view of Manhattan from Bush Terminal Pier Park. (Source: Will Ellis, AbandonedNYC)

Bush Terminal Piers Park is slated to open this October, the new waterfront park is located between 43rd to 51st Streets in Sunset Park, Brooklyn.  Sandwiched between modernized industrial parcels along the waterfront, the park was designed by AECOM. The new park will provide the residents of nearby neighborhoods the first new open space in the area in decades.

Bush Terminal was a historic integrated manufacturing and shipping complex throughout much of the twentieth century. By the 1970s the site where the park is located was abandoned and contaminants found in the soil discouraged redevelopment.  In 2007 the NYC Economic Development Corporation launched Sunset Park Vision Plan, a plan to reinvigorate sections of the industrial waterfront as well as provide increased public access and open space.

Freshkills Park is another example of land transformation and reuse of a brownfield.  Like Bush Terminal Piers Park, Freshkills Park is committed to implementing sustainable practices and engaging the public with exciting recreational opportunities as well as providing educational information about the site and its history.  Currently two areas of Freshkills Park are open, Schuml Park and Owl Hollow playing fields.  Both areas incorporate many sustainable elements, check them out!