Freshkills Park is One of Five “Anchor Parks”

The park will receive $30 million in funding for major capital advancements. 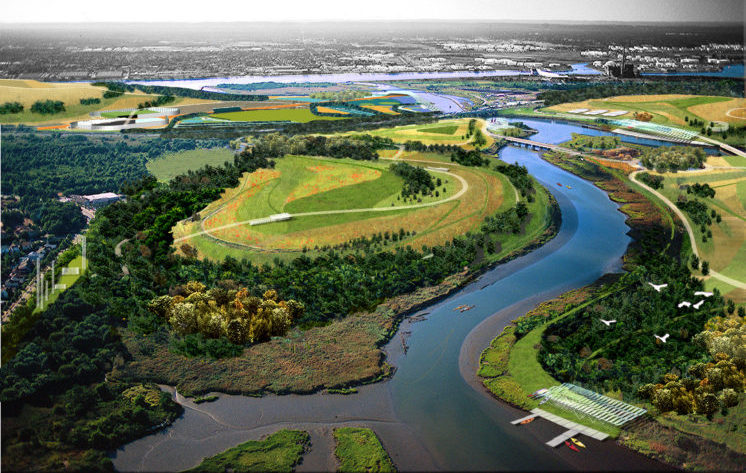 On August 18, Mayor Bill de Blasio, Council Speaker Melissa Mark Viverito, and NYC Parks Commissioner Mitchell J. Silver announced that the City will invest $150 million in major improvements at five large parks under the new Anchor Parks initiative. The selected “Anchor Parks” are parks that, because of their size and location, anchor a community by offering larger and more diverse resources than smaller community parks.

One park in each borough will receive $30 million to fund major improvements, such as new soccer fields, comfort stations, running tracks and hiking trails. The selected parks are Saint Mary’s Park in the South Bronx, Highbridge Park in Manhattan, Betsy Head Park in Brooklyn, Astoria Park in Queens and Freshkills Park on Staten Island.

The 2,200-acre Freshkills Park project has been opening in sections since 2012 and is expected to continue to open in phases over the next twenty years. This funding will allow NYC Parks to open up new sections of the park, thereby increasing the amount of diverse recreation opportunities in Staten Island and greater New York City. A park of this scale will also have positive impacts on quality of life, job creation, and health in the area.

“This is a wonderful recognition of the importance of Freshkills Park to Staten Island,” Freshkills Park Administrator Eloise Hirsh said. “It is a major piece of funding that will let us open new active recreation options for the public on the site, and it demonstrates the ongoing commitment of the City to the Park development.”

Like Community Parks Initiative and Parks Without Borders, Anchor Parks is focused on advancing park equity for all New Yorkers. This investment in Freshkills Park is a way to give back to Staten Island after dealing with the impacts of the Fresh Kills Landfill for fifty-three years. “At his press conference, announcing the Anchor Parks initiative,” Hirsh said, “Mayor DeBlasio reminded us of the burden that Staten Island took by being the site of the world’s largest landfill, and taking all of New York City’s garbage. The commitment to Freshkills Park is very much part of addressing the inequity that that history embodies.”

The Parks Department will commence community outreach this fall to determine which improvements to pursue in each of the Anchor Parks. “Through all the different kinds of events and education activities the development team has been doing for the past several years,” Hirsh said, “thousands of people have been able to actually come to see and experience the future park. Having a community process now, as the site has become less of a mystery and more of an opportunity, will mean that a planning process will be grounded in what people can realistically see are the possibilities of the site and also have a sense that projects that come out of the planning process will actually get built.”