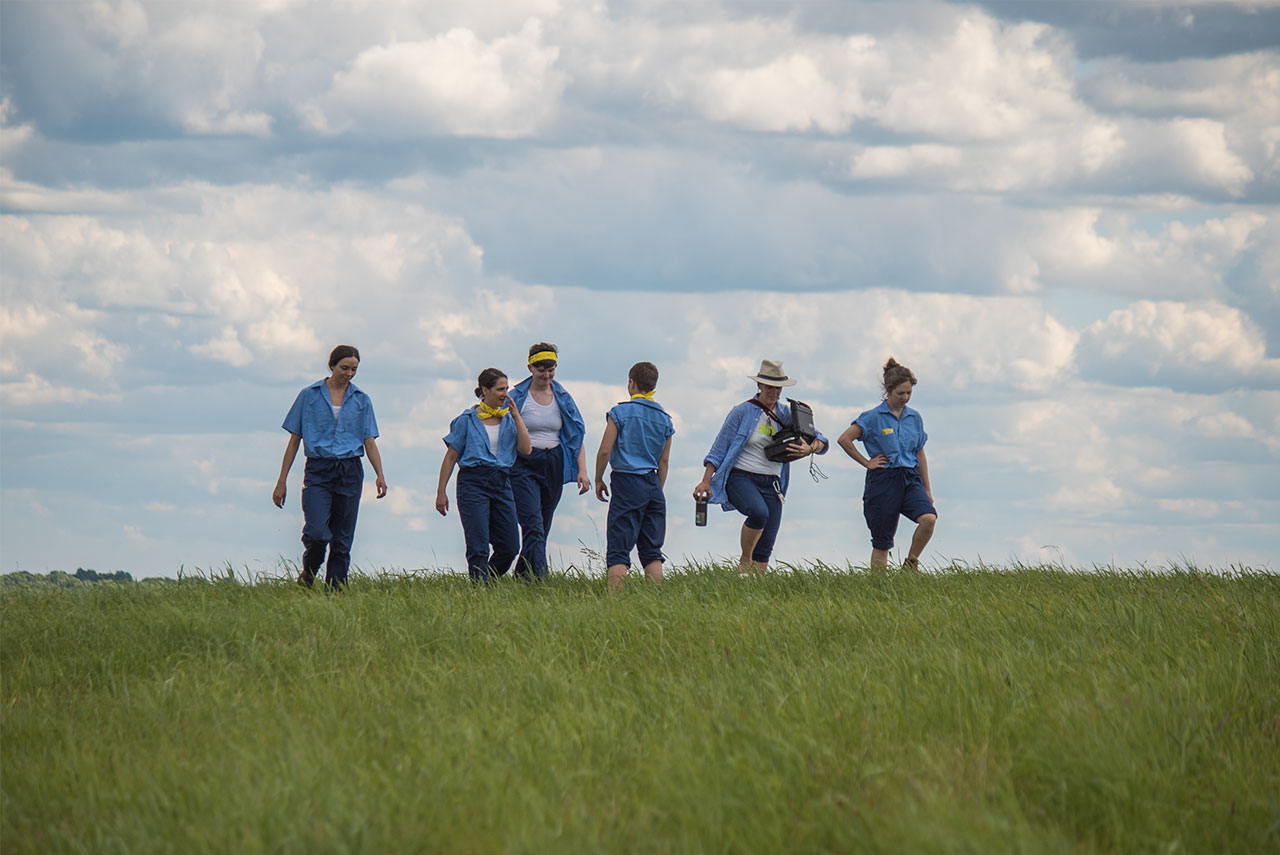 Freshkills Park Field R/D presents On Fieldwork, a presentation and discussion by the artist Nancy Nowacek of a site-specific 360 video created for the Field R/D program at Freshkills in 2018.

Parks were originally conceived of as spaces for the opposite of work. But can we imagine Freshkills as a park of work? In addition to Department of Sanitation workers’ labor and the countless others who turned the landfill to park, is the unrecognized work of the labor of all the food and goods that became waste. Fieldwork presents those forms of labor as choreography on site in the park

Shot in 360 video, Nowacek’s Fieldwork is a work to be explored as much as watched. By using the arrow keys on your keyboard, viewers can navigate the space of the work as it unfolds, and gain a little more perspective on what it’s like to stand atop the West Mound.

The video will be presented online for the duration of Freshkills’ 2020 Discovery Week.

Watch Below for a discussion of ‘Field Work’ between Nowacek and collaborator Morgan Hille-Refakis, moderated by Freshkills Park Field R/D curator Dylan Gauthier.

Nancy Nowacek is a Brooklyn-based artist, designer and educator interested in the habits and choreographies of daily life.

Morgan Hille-Refakis is a dancer and choreographer currently based in Hong Kong.

Freshkills Park: Field R/D is an expansive artistic research program organized by curators Dylan Gauthier and Mariel Villeré. The goal of Field R/D is to work with artists to develop an approach for bringing an exhibition, discussion and event series to Freshkills Park on an annual basis. Invited participants create work in visual and performing arts, written word, architecture, pedagogy, and multimedia. Freshkills Park: Field R/D  is made possible with support from the Shelley & Donald Rubin Foundation Art and Social Justice Grant Program.