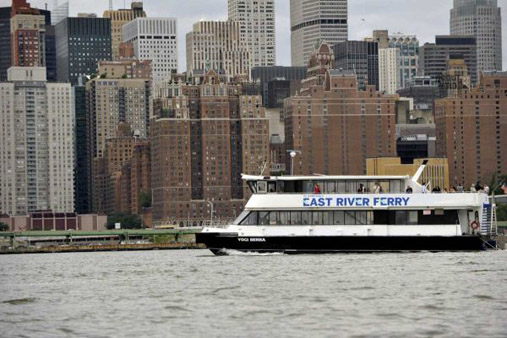 Boats arrive at each stop every 20 minutes during peak hours. The ferry is a double-decker catamaran that can transport 149 passengers and features on-boat bike racks (though bike-on-boat riders pay a surcharge). After an initial period during which the fare was waived, regular prices have now been set at $4 per one way trip or $12 for all-day access. There is a free-connecting midtown shuttle bus to transport passengers to and from the center of midtown to the East River.