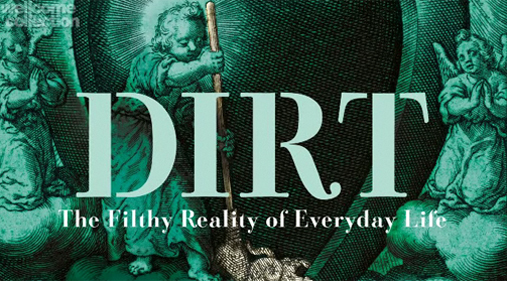 A new exhibition on the human relationship with hygiene opened last week at the Wellcome Collection in London—a “a free visitor destination for the incurably curious” which “explores the connections between medicine, life and art in the past, present and future.”  Using visual art, documentary photography, cultural ephemera, scientific artifacts, film and literature, “Dirt: the Filthy Reality of Everyday Life” documents a shifting dynamic between what we traditionally conceive of as dirty, contaminated and polluted, and our willingness to try to eliminate or contain its perceived danger.  The Freshkills Park site is one of six in the show that are illustrated in depth to explore dirt and cleanliness across time and place.

Following anthropologist Mary Douglas’s observation that dirt is ‘matter out of place’, the exhibition introduces six very different places as a starting point for exploring attitudes towards dirt and cleanliness: a home in 17th-century Delft in Holland, a street in Victorian London, a hospital in Glasgow in the 1860s, a museum in Dresden in the early 20th century, a community in present day New Delhi and a New York landfill site in 2030.

The show’s review in the New York Times is here.  It runs through August 31st.