From Behind the Mounds: Long Term Planning with Planting

One hundred years ago, forested swamps and tidal wetlands characterized the site that is now becoming Freshkills Park. In 1947 Robert Moses changed all that by designating the spot to be used as a landfill. The original plan of three years of garbage tipping followed by urban development turned into something far more complex, resulting in Fresh Kills gaining the infamous title of world’s largest landfill. All the disturbance associated with on-site operations and ground manipulation altered the landscape and its ecosystems in radical ways. Since the closure of the landfill and the gradual conversion of the site into a park, nature has tried a way to find a sense of normalcy. 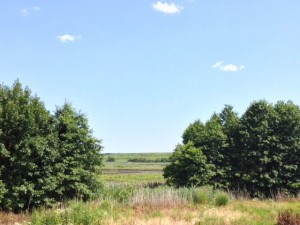 East Mound in Freshkills Park as seen from GNPC

The problem is what is normal now is not what was normal 100 years ago. The tidal wetlands and forested swamplands have been greatly fragmented and grass-covered mounds rise more than a hundred feet above the water. New ecosystems – the grassy mounds – have been introduced and the old ones, while still there, are a shadow of their former selves. To complicate matters, a few plants from exotic regions of the world have made Freshkills their home and have aggressively asserted their dominance in this altered landscape. The issue we face as the park moves forward is how to create a long-term plan that addresses the base factor of each ecosystem – plants. 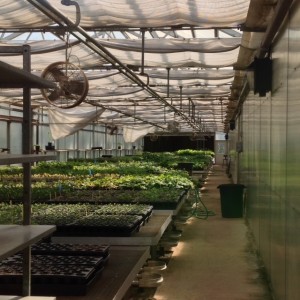 I attempted to explore this issue by visiting the Greenbelt Native Plant Center which is adjacent to the northern end of Freshkills Park and seeks to provide the park with a great range of native plants. As a division of the Parks Department, the goal of the plant center is to be a repository of the biodiversity inherent in New York City’s plant landscape. The center’s director, Ed Toth, discussed the philosophy and process by which they operate. Their goal is to not just collect and grow seeds from populations of native plants collected in the metropolitan region, but to preserve the range of genetic diversity that each species has. He used the example of a shrub that has 10,000 berries on it. Some collectors, he said, might be happy to just sit at that one shrub all day and collect the berries and call it good. However, that does not capture the range of genetic diversity contained within the entire species that may help it to survive existing – as well as new – stress factors that species faces during its struggle for survival. The mantra at the GNPC is to cast a wide net – collect a large amount of seeds from a large amount of individuals. 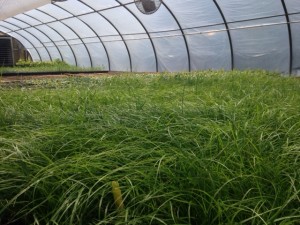 This science-based approach may help New York City’s native flora deal with encroaching competitors as well as the effects of climate change. Mr. Toth argues that while the success of dealing with aggressive neighbors, habitat fragmentation/degradation, and climate change will occur on a species-by-species case, if there is enough genetic diversity left within our native flora they will be able to adapt and flourish. He points to the fact that native plants have survived within both our worked and natural landscapes despite the heat-island effect which has occurred ever since the city became a conglomeration of pavement, highly-massed buildings, and infrastructure. 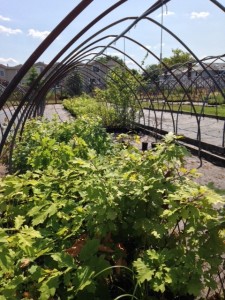 It is important to remember that landscapes within the city, like at Freshkills Park, are not the same now as they were 100 years ago. We have irreversibly altered most landscapes, and to think we can return them to those exact same conditions is to not understand the problem. We can improve plant ecosystems to a healthier, more diverse state, but many of what are termed “invasive” species are here to stay. According to Mr. Toth, if we want to change the landscape we must work the landscape slowly over time. Planting native species, monitoring their establishment, and educated maintenance regiments will help to inform and guide what should be an adaptive management plan for the range of species of flora in Freshkills Park. By observing and working with the plants we want to conserve on a regular basis, we should be able to get a sense of how the plants are reacting to certain environmental stressors. Such long term planning is likely to provide Freshkills Park with a healthy and genetically diverse ecosystems despite everything that nature and humans throw at it.