6 Birds to Look for This Summer

Summer is a great season for birdwatching! As the weather warms up, migrating species return from their wintering grounds. Birds can be seen foraging for food, building nests, displaying for mates, and defending their territories. Sometimes you can hear them calling to mates and declaring their territories to potential rivals.

Here are some of the most commonly seen species at Freshkills Park in the summer months. From wetlands to woodlands to rolling grasslands, the site offers a diverse collection of important habitats for birds. 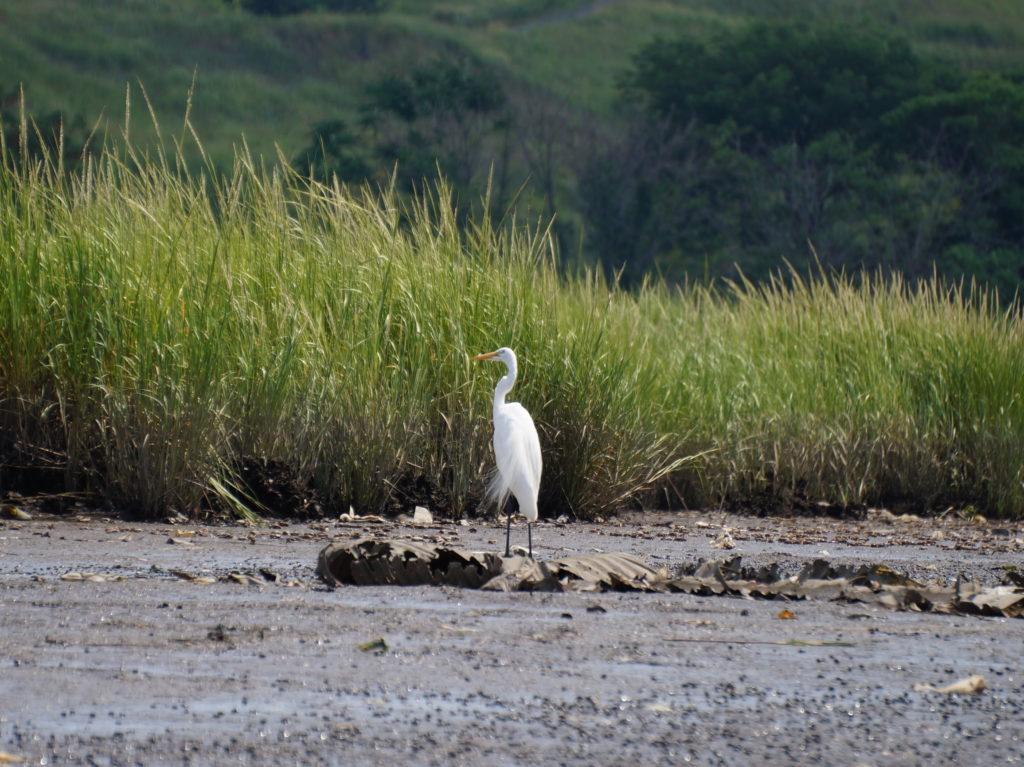 The great egret stands up to 3 feet tall and can be found wading along marshes, ponds, shores, and mud flats. This stately white bird has a yellow bill and black legs and feet, which distinguishes it from other egrets. In the late 1800s, great egrets were nearly wiped out in the U.S. because their plumes were popular for use in fashion. The bird made a comeback after early conservationists protected their colonies. 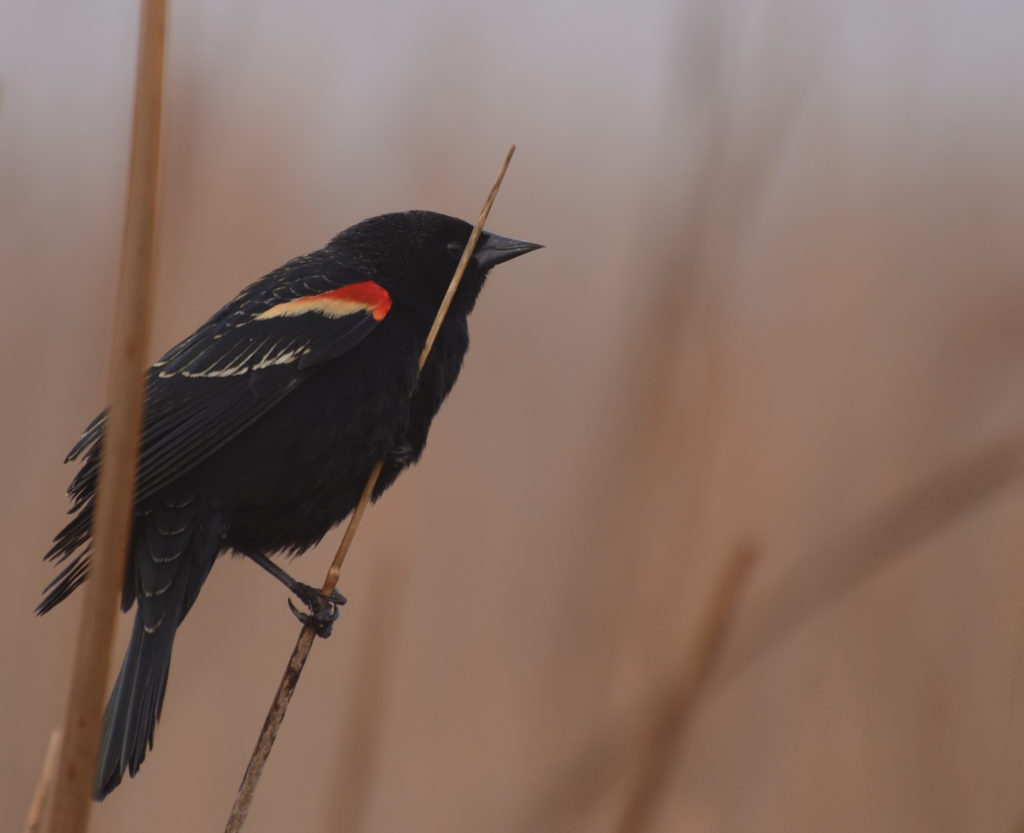 The red-winged blackbird is one of the most abundant birds in North America. Their preferred habitat is wetlands, but they can be found in other habitats foraging for food. Males are highly territorial during the breeding season, spending as much as 25% of their daylight hours defending their territory. During the winter many summer flocks come together to roost in large quantities with other blackbird species and starlings. Sometimes up to several million birds can be found in these groups. 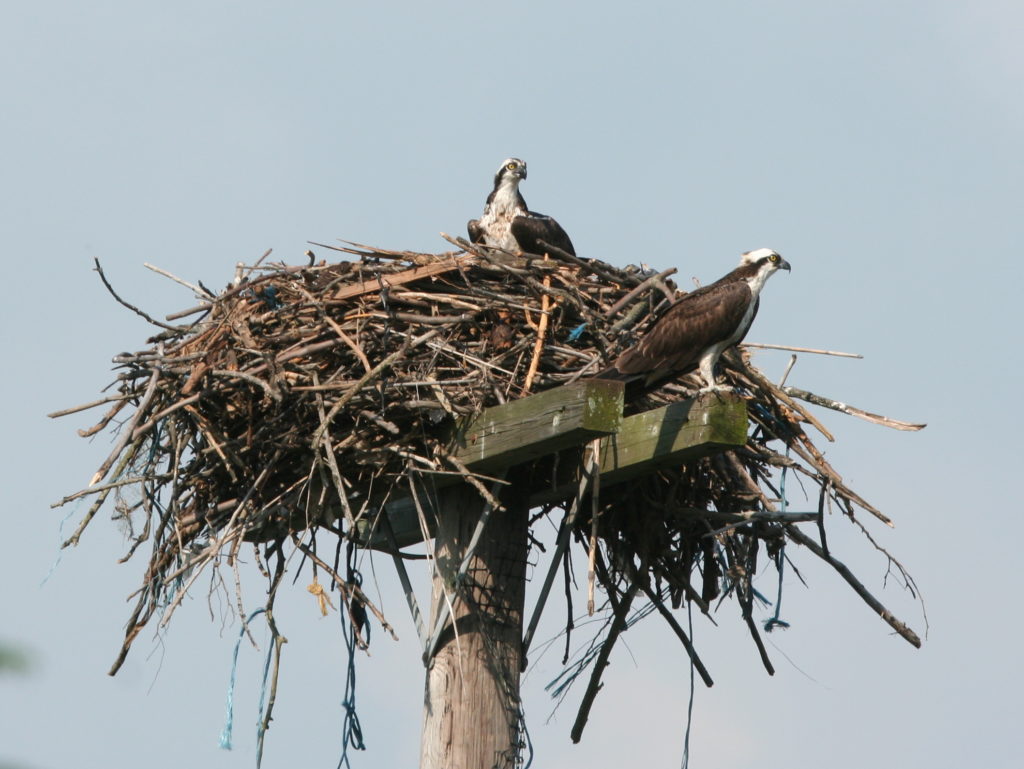 The osprey is a large distinctive raptor, reaching more than 2 feet in length and almost 6 feet in wingspan. It is the only hawk species whose diet consists almost exclusively of fish, so the bird is now placed in a separate family of its own. Their nests are bulky piles of sticks, usually on top of large trees or utility poles close to water. The osprey was seriously endangered by the effects of pesticides in the mid-20th century, but the birds have made a comeback since DDT and related pesticides were banned in 1972. Very few (if any) ospreys were observed in Staten Island ten years ago, and this year more than six nesting pairs have been seen at Freshkills Park!

The common yellowthroat was named in 1766, making it one of the first bird species to be named in the “New World” or Western Hemisphere. Common yellowthroats are abundant breeders in North America, ranging from southern Canada to central Mexico. They are small songbirds that have olive backs, wings and tails, yellow throats and chests, and white bellies. Adult males have black face masks. Common yellowthroats are the only warblers that will nest in open marshes, and they can be found in reed-beds and patches of cattails from coast to coast. Researchers from the College of Staten Island have banded this species at the bird banding station. 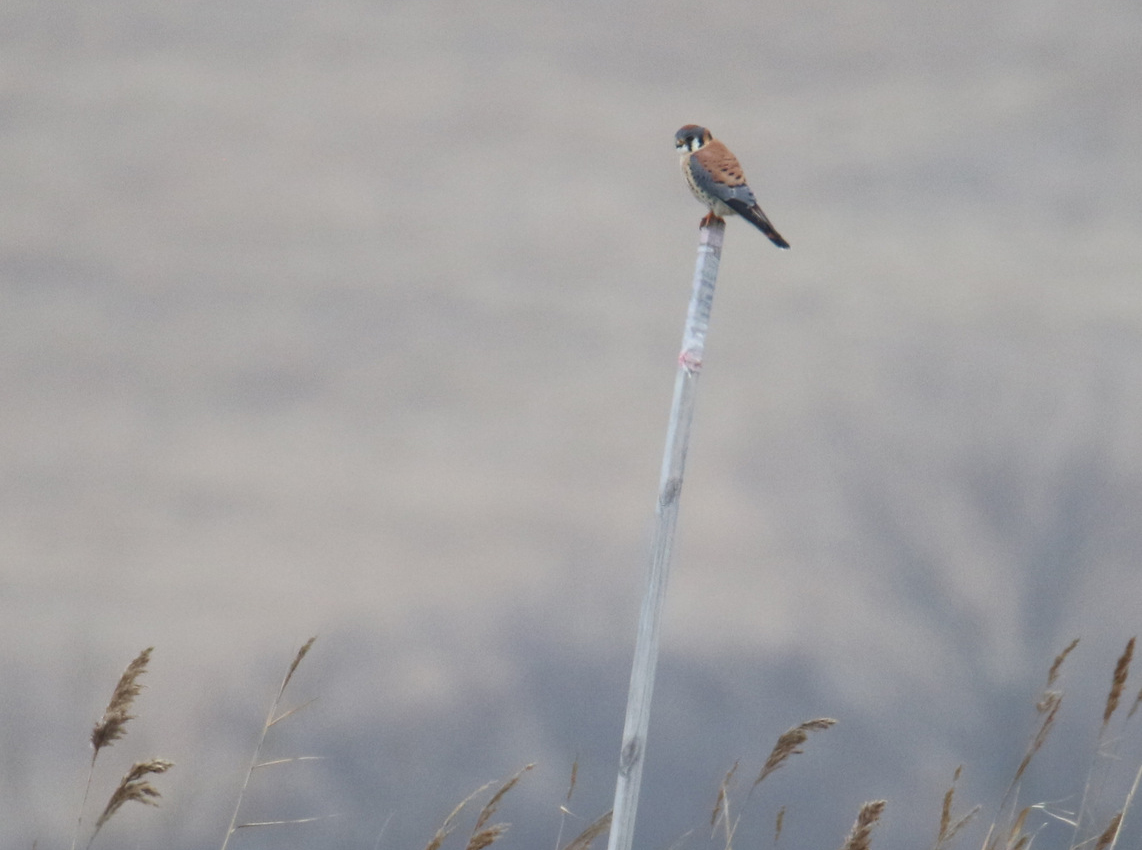 The American kestrel is the smallest and most widespread falcon in North America. These birds nest inside cavities of isolated trees scattered throughout open fields. They feed by swooping down to capture grasshoppers, mice, and other small animals among the grasses. At Freshkills Park, American kestrels can be seen perching on trees and infrastructure or hovering in the air scanning the ground for prey. 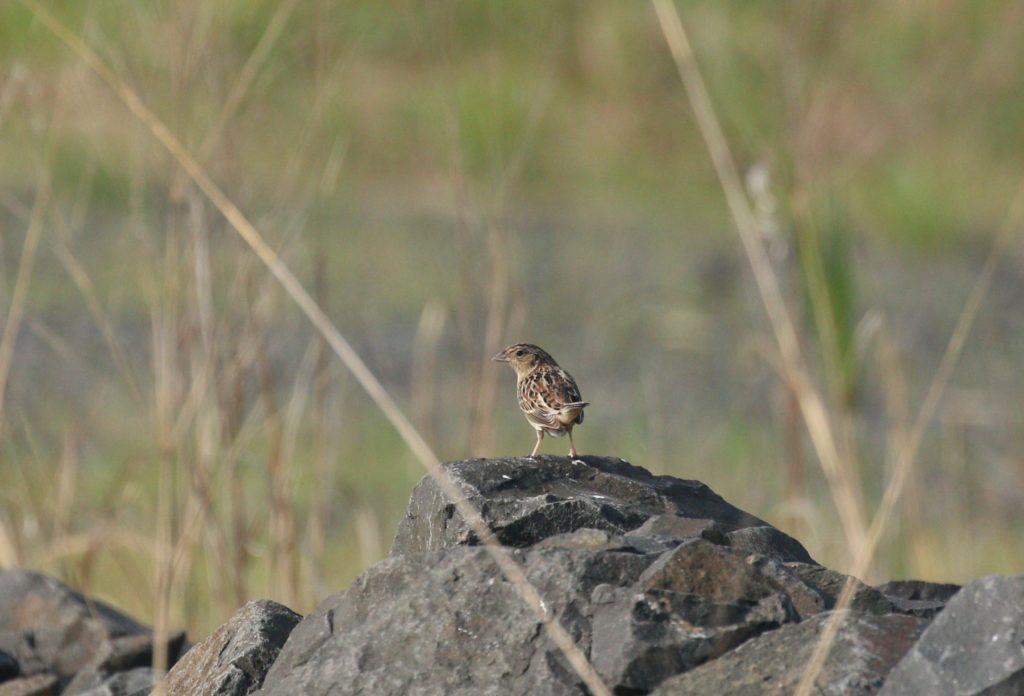 The grasshopper sparrow has seen a 98% decline in New York State since 1985. These birds have been a welcome sight since they were first observed nesting at Freshkills Park in 2015. They build their nests as well-concealed open cups on the ground under vegetation. The bird’s song is a buzzy tik tuk zee, resembling the sound made by a grasshopper. There are 12 different subspecies of the grasshopper sparrow distributed throughout North and South America.

Freshkills Park is open on select days for tours and events. For information about upcoming opportunities to look for birds and explore the future park, visit the calendar and join the newsletter.