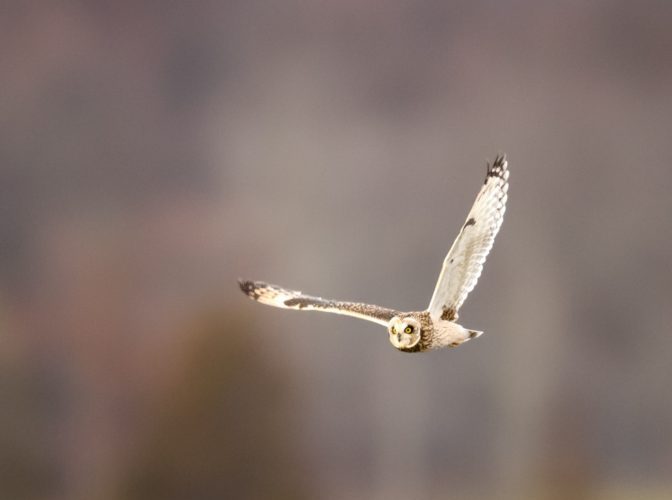 The 2016 Staten Island Christmas Bird Count took place on Sunday, December 17th. During this yearly event, Staten Island birders spread out in teams to take count of all the birds present at the time. This year, there was a nice showing of different species both on the Island and in Freshkills Park.

In 1900, ornithologist Frank M. Chapman organized the first Christmas Bird Count. The annual event has changed over the last 116 years, but the principle remains the same. Sometime between December 14th and January 5th, groups of individuals across the country survey the birds in their area and send the results to Audubon. These results are tabulated into an ongoing data set illustrating how different bird populations are doing. This information helps to identify what conservation initiatives are needed to protect birds and their habitats.

Each year, Staten Island ornithologists include Freshkills Park in their counts. Tom Brown, a field biologist from the College of Staten Island, has been surveying birds at the site since the Fresh Kills Landfill was in operation. He started in 1990 and was joined by fellow College of Staten Island biologist Dick Veit in 1994. These days they mainly survey songbirds at Freshkills Park, but in the landfill days they counted thousands upon thousands of seagulls.

Led by Tom Brown and Dick Veit, this year’s team recorded 49 different species inside Freshkills Park, totaling 3,701 individuals. Sightings included a Sharp-shinned Hawk and 5 Eastern Meadowlarks. The Eastern Meadowlark is a grassland specialist, which means that they only live in environments dominated by grasses for most or all of their life cycle.

The team also saw 3 Short-eared Owls. This was a particularly exciting sighting because Short-eared Owls are listed as endangered in New York State. At a time when grasslands have drastically declined across the country, the reclaimed land at Freshkills Park is providing a new habitat for grassland bird species. Like the Eastern Meadowlarks and other grassland birds that have arrived at the park, the owls rely on the new habitat that Freshkills Park provides.