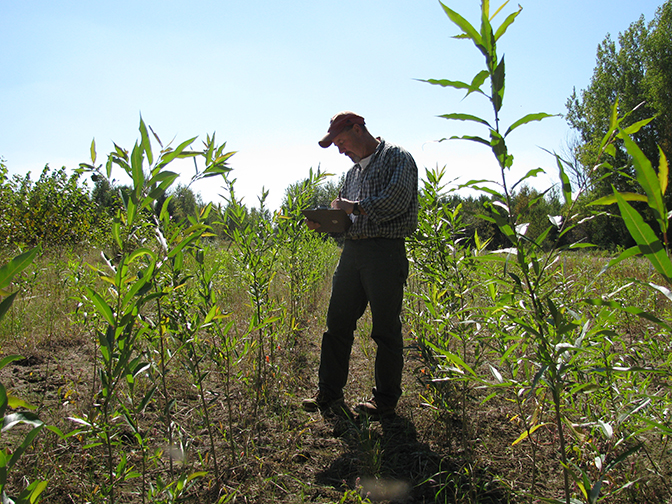 Urban areas around the world are embarking on efforts to increase green space within city limits. Tree planting is one of the areas of focus for these efforts. “Million Trees” programs have been instituted in cities like New York, Los Angeles, London, and Shanghai. Other cities like Chicago have adopted a tree canopy cover goal. One of the challenges faced by urban land management agencies when trying to implement these programs is finding places to put the trees. Often, urban afforestation efforts must reclaim areas that have been severely impacted by construction activities and where the soil is primarily made up of fill material of varying quality. In addition, these restoration efforts often require the removal of established exotic invasive plants before tree planting can begin.

Tree species used in urban afforestation are usually native to the local geographical area. In addition, consideration is given to species that are tolerant of the harsh chemical and climatic conditions of the city where they are being planted. One of the goals of these afforestation efforts is to get the young trees established and to achieve canopy closure as quickly as possible in order to shade out exotic invasive plant species that have the potential to outcompete the native vegetation. Many of the species being planted are late successional species that are better adapted to growing in forests where there is already some canopy cover. In addition, many of the areas being planted are covered by soils that are heavily impacted by human activity. 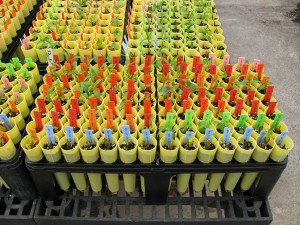 Researchers from the USFS and NYC Parks collected genotypes of early successional species (poplar and willow) that are adapted to colonizing highly disturbed landscapes on Staten Island (Mariner’s Marsh, Ocean Breeze Park, and Freshkills Park). They then tested these genotypes in the greenhouse by growing them in soils collected from the Freshkills MillionTreesNYC forest restoration site in North Park. In addition, a portion of these genotypes were subjected to atmospheric ozone concentrations that are commonly found in urban areas. From these trials, they selected genotypes that showed the greatest performance for planting at the restoration site in a block alongside the originally proposed late successional planting palette. The trees were planted in the fall of 2015, and the researchers are now monitoring tree growth and soil dynamics on an annual basis in an effort to answer the central question:

Can we use pioneer species such as willow and poplar as part of an anthropogenic forest succession program to achieve more rapid canopy closure on urban afforestation sites thereby reducing maintenance costs and allowing for a faster creation of a forest in the city?