Inside the Bird Chorus 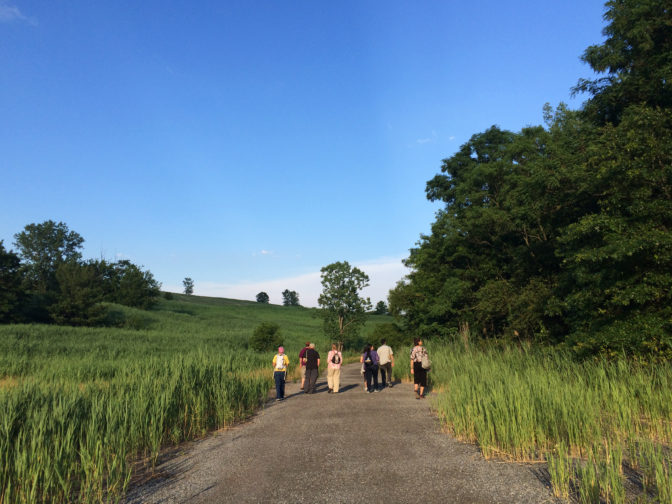 Freshkills Park is taking part in Inside the Bird Chorus, a dialogue between musicians and New York City’s bird populations. The event will include a birding tour and a trumpet performance by Volker Goetze.

Inside the Bird Chorus is a project conceived by philosopher and artist David Rothenberg as part of Make Music New York, a live, free musical celebration with over 1,200 concerts on streets, sidewalks, and parks across the five boroughs. Other Make Music New York locations participating in Inside the Bird Chorus are Central Park (Manhattan), Brooklyn Botanic Gardens (Brooklyn), Jamaica Bay Wildlife Refuge (Queens), and Wave Hill (Bronx).

Volker Goetze is an international touring performer, composer and media artist. He has performed and presented his work at Carnegie Hall, the Kennedy Center, Paris Jazz Festival, World Festival of Sacred Music (Los Angeles), Caixa Forum Madrid and the Opera Festival in Munich. His work fuels cross-cultural dialogue, incorporates multiple disciplines and utilizes cutting edge technology. He has been investigating the oral culture of West Africa and its influences on black culture in America. GRIOT, a feature documentary about the oral music tradition in West Africa, is Volker Goetze’s debut as a film director and has since developed into a multimedia performance documentary. Mr. Goetze was invited as a panelist by the Apollo Theater and the New York Foundation for the Arts. Currently he is preparing a 3D sound and 360 video composition about Hart Island, an audiovisual photography and release concert at the Alice Austen House and an installation bringing awareness to the plight of the homeless.