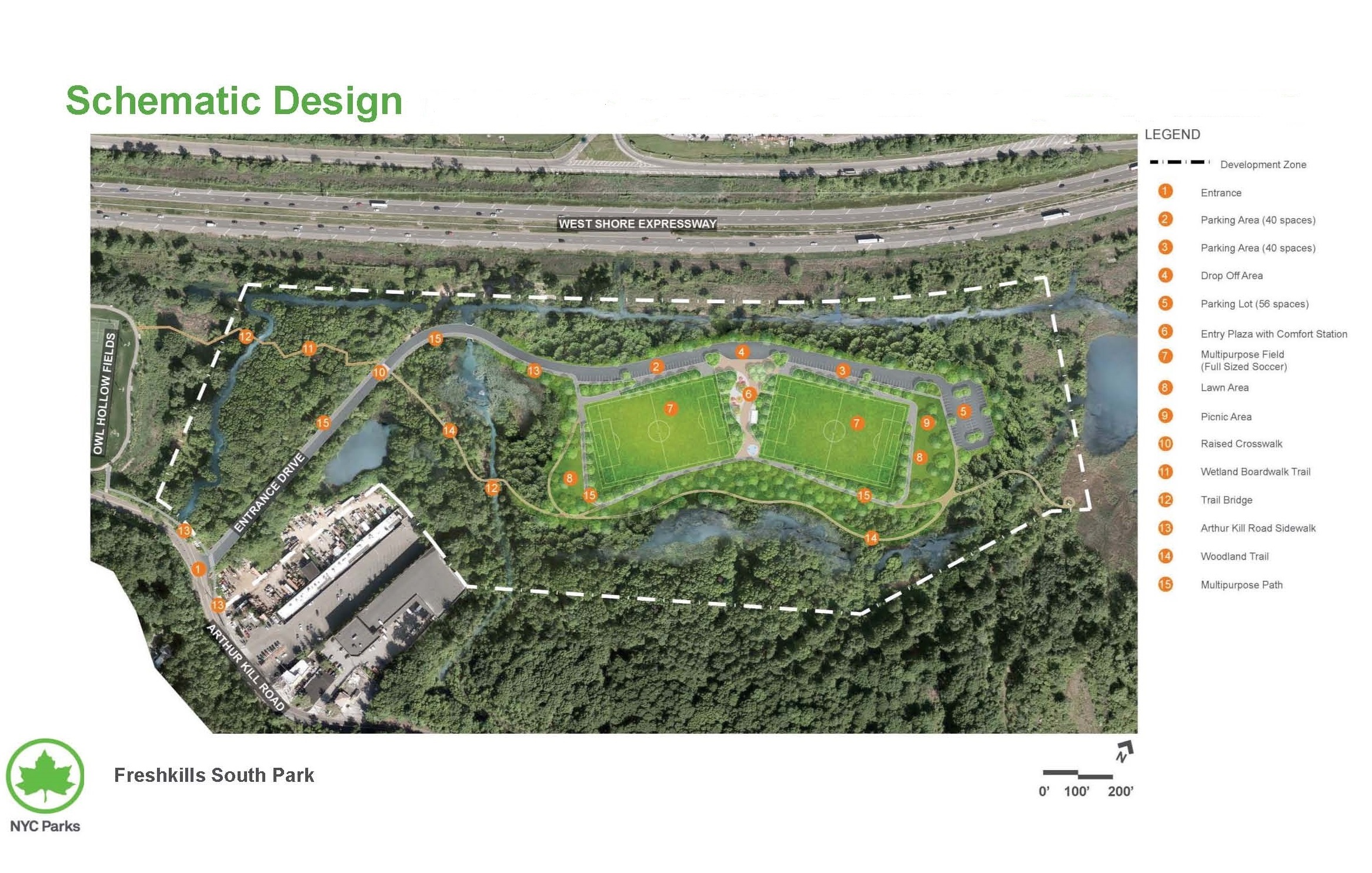 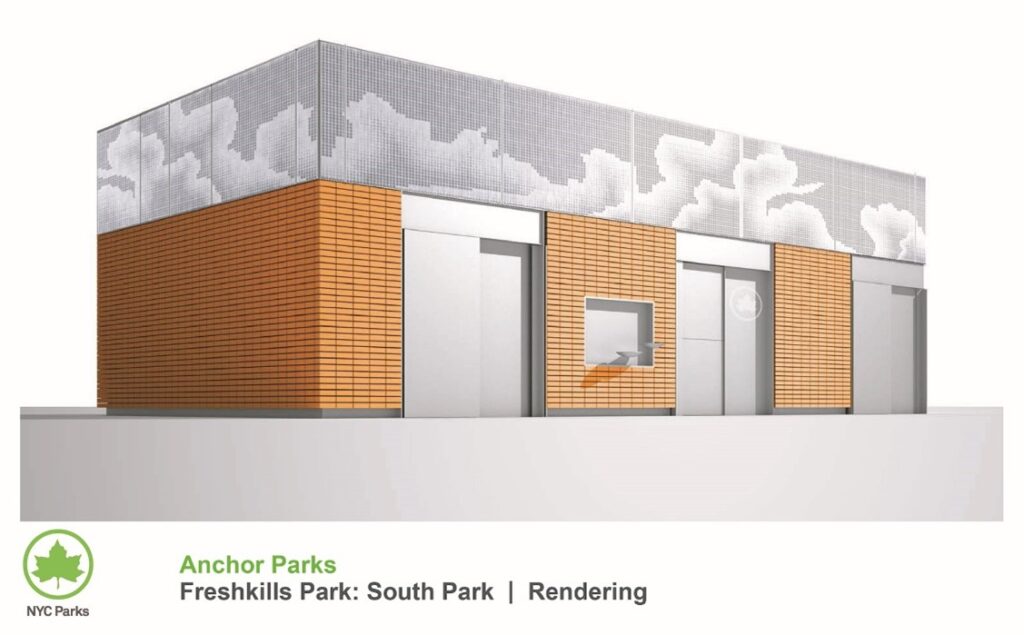 NYC Parks hosted a public visioning session, hired a design team and began work on concept plans that were informed by community input.  The plans include two multi-purpose fields and trails, vehicular and pedestrian access, pedestrian connections to the Owl Hollow Soccer Fields, parking and a comfort station and plaza. A green roof will be constructed on top of the comfort station.

The design is close to completion as DPR awaits the approval of several permits and Engineering Reports required by the New York State Department of Environmental Conservation.

For updates on this  project, join the Freshkills Park mailing list and watch its progress on the NYC Parks Capital Project Tracker.