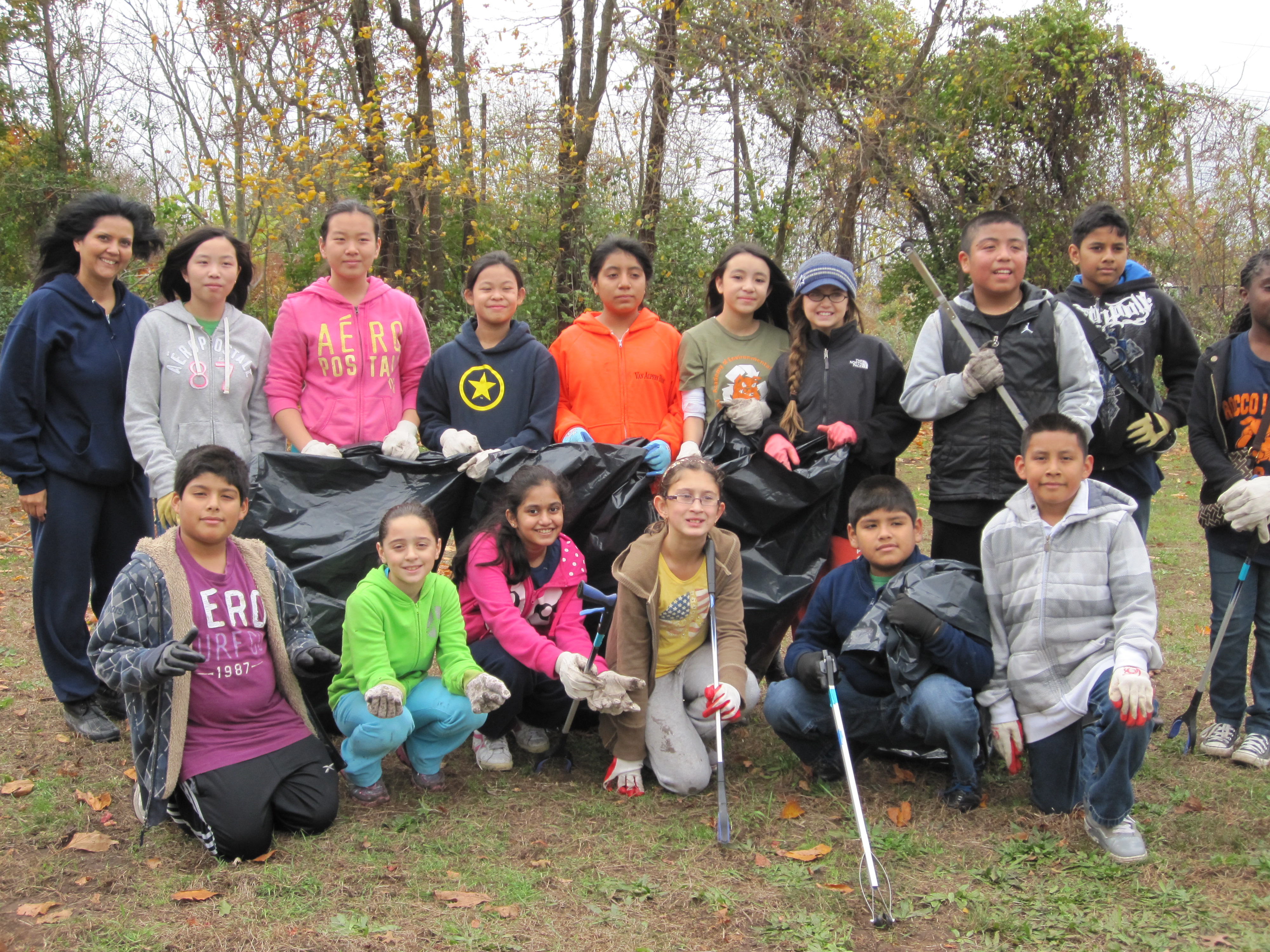 The Freshkills Park Development Team would like to acknowledge the dozens of volunteers who came out on Sunday, October 28th to help with the Schmul Park Clean-up.  Even though Superstorm Sandy loomed on the horizon, members of the local Travis Civic Association, along with New York Cares volunteers from throughout the Five Boroughs, and even middle schoolers from IS 72’s Green Team program, came out for a day of public service.  The focus of the Clean-up was debris along the southeastern edge of Schmul and was a great success.  Such projects are indicative of how critical community partnerships are to the continued stewardship of New York’s great public spaces.  Now that Staten Island is facing a daunting clean-up we’ve seen that the energy and dedication that typifies our partners in Travis is indeed borough-wide.

So THANK YOU to all of our volunteers!  We hope to see all of you, along with some new faces, at the clean-up we’re planning for Spring 2013 (date TBC)!

We would also like to wish everyone, particularly our neighbors on Staten Island, a happy, restful Thanksgiving after such a difficult month.