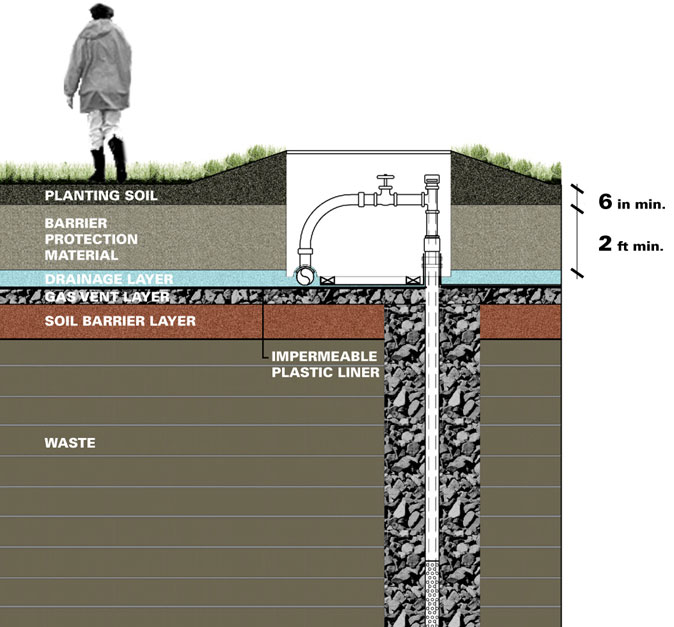 Methane gas produced from decomposing waste at Fresh Kills landfill is generating revenue for the City of New York of up to $12 million each year as the site is developed into a 2,200-acre park.

With the help of advanced landfill gas collection infrastructure throughout the landfill, the New York City Department of Sanitation is actively harvesting methane, through rigorous state and federal public health and safety guidelines, from the decomposing waste buried at Fresh Kills landfill. This methane, enough to heat approximately 22,000 homes, is sold to National Grid and the city generates approximately $12 million in annual revenue from the sale of that gas. Gas recovery and sale will continue until the amount of gas produced by the landfill is minimal enough as to no longer be economically viable, at which point it will be burned off at flare stations onsite.

With the objective of minimizing energy consumption within new buildings and infrastructure systems at Freshkills Park, the Department of Parks & Recreation is also exploring the use of emerging energy technologies to supply as much of the park’s energy as possible.