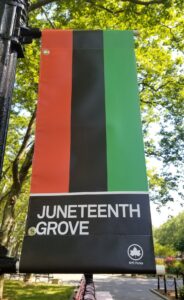 Commissioner Mitchell J. Silver, FAICP announced on Juneteenth (the annual commemoration of the end of slavery in the United States) that the Parks Department would be renaming 10 park spaces throughout the five boros to honor the Black experience in New York City.  Also on that day, underscoring Park’s commitment to show solidarity with Black New Yorkers and the fight against systemic racism, Commissioner Silver created the Juneteenth Grove in Cadman Plaza Park in Brooklyn.  This grove, the newly planted trees and new benches commemorate George Floyd, Ahmaud Arbery, Beonna Taylor and many others and affirm that Black Lives Matter.

Following Juneteenth, an internal Parks committee was convened to assemble and vet selections of prominent black men and women and organizations and to choose the parks that would be renamed. Vetting included consulting borough historians and The Schomburg Center.  Five prominent Black women, four men and an organization were selected for the park renamings. The parks and the new names were announced on November 2, 2020 to honor the 51st Anniversary of Black Solidarity Day. 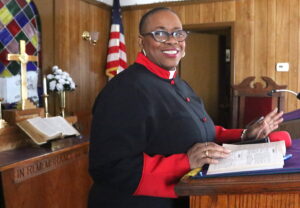 Two parks were renamed in Staten Island: Stapleton Playground and the Charleston Section of Fairview Park. The formerly named Stapleton Playground is now the Rev. Dr. Maggie Howard Playground, after the late pastor of the Stapleton Union American Methodist Episcopal (UAME) Church, one of the oldest Black churches on Staten Island. Rev. Howard, a 2020 Staten Island Advance Woman of Achievement known by many as “the Mother Teresa” of the Stapleton community, died on June 13, 2020 at the age of 56. She was revered for her dedication to her community.  Contributing to the renaming effort was a petition started just after her passing by Assemblyman Charles Fall (a former Parkie) who wanted to honor the many contributions that Rev. Maggie Howard had made to the community.  The playground is currently undergoing reconstruction which is expected to be complete this fall.

Also renamed on Staten Island was a wooded area in Fairview Park, Charleston, now named Sandy Ground Woods, in honor of the Staten Island community that is the oldest continuously inhabited free black settlement in the United States.   It was founded in the early 19th century by free blacks from New York, Maryland and Delaware and was a safe haven on the Underground Railway.  Fairview Park is in construction which is anticipated to be complete in fall 2020 and the wooded area within the Park has been designated the new Sandy Ground Woods,

The Freshkills Park office is proud to be part of the Parks initiative by sharing the importance of the contributions made by Rev. Maggie Howard and the residents of Sandy Ground. Further, we will continue to find ways to shed light on  the issues of systemic racism from an  environmental and social justice perspective  and have open and constructive conversations that encourage real change.

Eight other parks and playgrounds were also renamed: 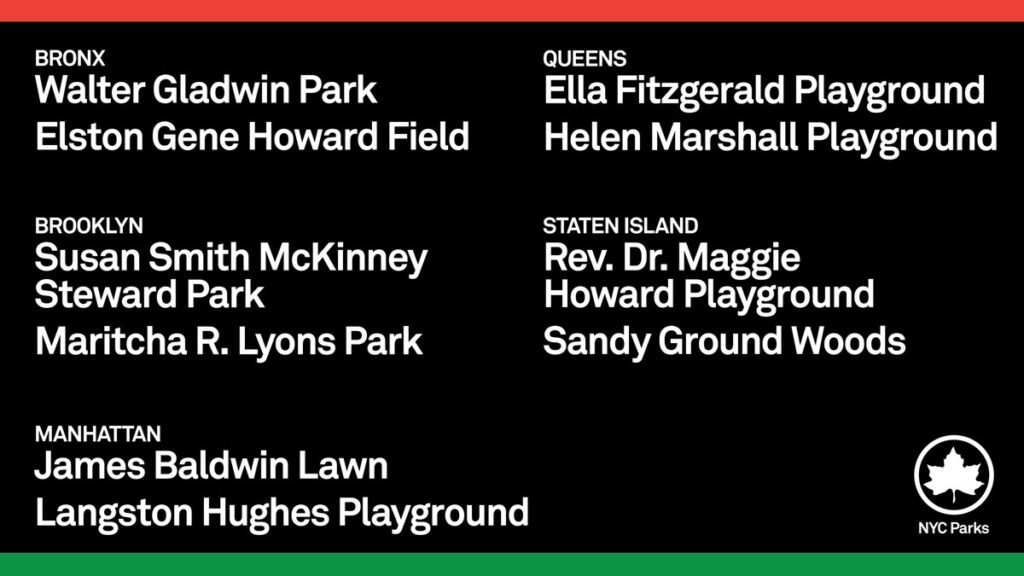