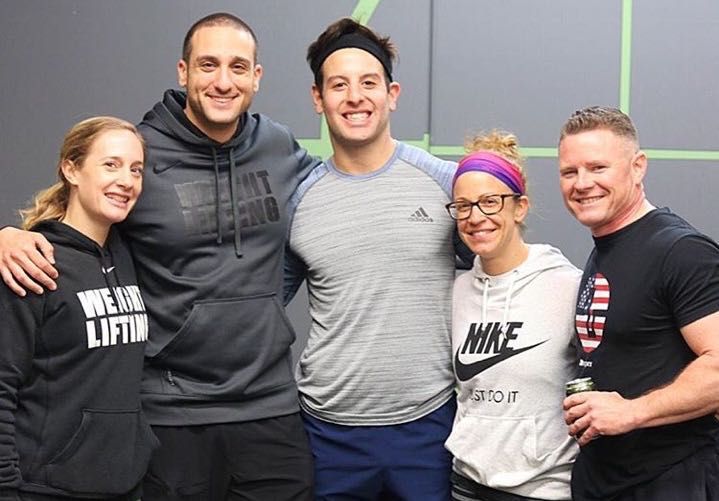 STATEN ISLAND, N.Y. — Doug Dicks, a 19-year veteran of the FDNY who currently works at Ladder 78, said he never knows what his day will be like when he walks in the door of the New Brighton firehouse.

“Nineteen years into the job, and you never stop learning. There’s always something new, and every day is completely different,” said Dicks.

And it’s the same at CrossFit Freshkills — a new fitness studio he opened with two partners, Libby Elias and Anthony Pieters on Jan. 1, 2018, in Travis.

“It [dealing with something different every day] crosses over into CrossFit. We say routine is the enemy. The philosophy and training protocol is always something different,” said Dicks. “CrossFit, like what I do everyday as a firefighter, teaches you to be ready for anything.”

And the brotherhood he’s found at the FDNY is similar to the camaraderie he has developed with his team and co-owners at CrossFit Freshkills.

In fact, it’s a bit of a family affair: Rebecca Colchamiro-Dicks, his wife, and Mike Elias, Libby Elias’ husband, are both involved in the business.

“We are all passionate CrossFitters who believe strongly in the benefits of what a strong community can create for a person,” said Elias.

“We have been CrossFitting for a range of five to seven years, between the five of us. We are a group of people who found each other through the CrossFit community, and decided to build our own gym out of the love of the sport,” she added.

WHAT’S IN THE NAME

A gym is a place for rebirth, so Dicks and his partners saw it fitting to name the new fitness studio after the new Freshkills Park, which was formerly the world’s largest landfill.

“I grew up in Travis, so I remember what Freshkills Park once was,” said Dicks. “In a way, it’s somewhat of a reflection of where we came from as owners. We came from one place and we are starting anew.”

CROSSFIT FRESHKILLS AT A GLANCE