Prospect Park is building a composting toilet and putting to use an obsolete building. The Pump House, an unused building tucked away in the center of the park, is not connected to the New York City sewer system so traditional restrooms are not possible but with park use on the rise more restroom facilities are needed, especially in this more remote area of the park.

The toilets will not look or smell unusual, the noticeable difference is that special foam is used to flush.  Christian Zimmerman, lead landscape architect at the Prospect Park Alliance, expects that the composted waste will be removed every five years and taken to a landfill, although he hopes that the laws prohibiting the use of this manure within the city will change in the near future.  By utilizing composting technology the park is able to provide an amenity where it was needed most while also helping the city reduce the volume of sewage sent to the treatment plants.

The number of composting toilets is on the rise in New York City; The Bronx Zoo, the Queens Botanical Garden, and the Hollenback Community Garden in Brooklyn are already using composting technology.

A composting toilet facility is in the plans at Freshkills Park which is one part of an array of sustainable practices used in the parks’ development. 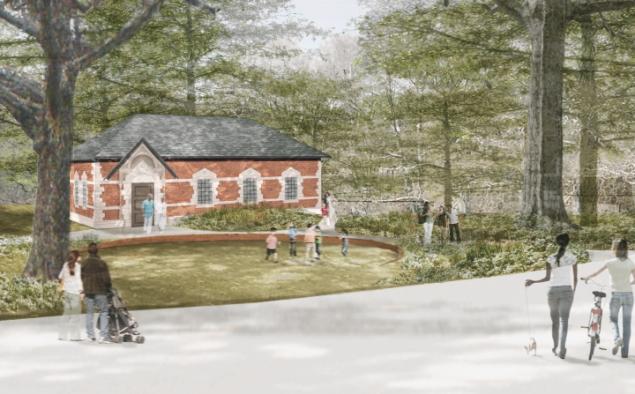