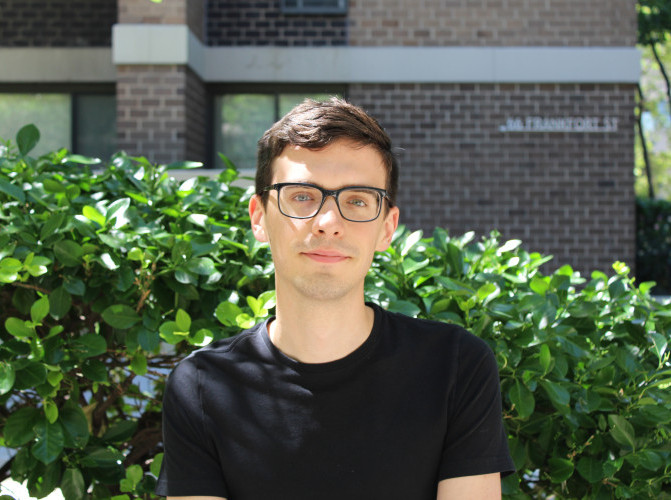 Patrick is an AmeriCorps member serving through the NYC Service Civic Corps program. During his time at Freshkills Park, he has been a driving force behind the new citizen science water monitoring program, inviting volunteers to study water quality and better understand the health of the wildlife at the park.

What is your name and title?

My name is Patrick Hofsommer, and I am the Citizen Science Volunteer Coordinator at Freshkills Park. I’m serving here as an AmeriCorps member with the NYC Service’s Civic Corps program.

What are you working on?

I’m setting up a citizen science volunteer water monitoring program at Freshkills Park. “Citizen science” is just a term for science assisted or conducted by ordinary people—people who don’t make a living from doing research. When a researcher has an idea for a big project, having extra sets of hands can be a big help. For example, the Audubon Society’s Christmas Bird Count would be impossible without the help of volunteer birders from all over the country. Freshkills Park has hosted citizen science projects before, including a BioBlitz in 2015, where students from CUNY Macaulay Honors College spent 24 hours recording every species of wildlife they could find at the park, from birds to fish to trees to algae.

What we’re trying to do with the water monitoring program is study the water quality of the creeks that run through Freshkills Park. With volunteers’ help, we’re looking at qualities like dissolved oxygen, nutrient levels, and salinity—properties that are critical to the health of the wildlife that call the creeks home. We’re also be looking at what wildlife is already living in the water by way of fish seining and shoreline observations. We’re hoping to get a clearer picture of the current ecological conditions to help guide further research and restoration efforts.

So far, the water is looking to be quite clean. All of our data so far has shown oxygen levels to be consistently above 5 milligrams per liter—a strong indicator that the waterway is serving as a healthy habitat.

I came to New York City from Texas, where city planning tends toward urban sprawl, and where land isn’t highly valued, since there’s just so much of it. On learning how big the park was in relation to the city—6% of the area of Staten Island!—I was impressed by the scale of the project and how important it could be to a city that can only expand so far. I was also interested in learning more about how land reclamation and remediation over that large an area could benefit the environment around it, and what I could do to help!

I think my favorite topic has been seeing the changes made possible by the park’s transformation. We know that wildlife has been making its way back to the park, including some species that are otherwise rare in the region—both a demonstration of the capacity for natural systems to restore themselves, and a testament to the hard work done by the NYC Department of Sanitation to keep the area safe.

But beyond that, I’ve also been noticing a gradual shift in people’s attitudes. For decades, Staten Island was known as “the home of the landfill,” a fact felt all too keenly by Staten Islanders. When people hear that the land is being turned into a park—and especially when they see it in person—I’ve often noticed a sense of optimism for the future. It’s been inspiring to see people of all ages reconsider some of their long-held preconceptions about the city.

Cliché though it may be, I’ll go with the blue of the sky. Of course, it’s a lovely color to look at, but as someone with a background in physics, the process by which that color comes to be is just as fascinating to me.

The air around us appears to be totally colorless, but that isn’t quite the case. In a process known as Rayleigh scattering, tiny gas molecules in the air refract the light of the sun, scattering the light rays in random directions; as it turns out, blue light is scattered just a little more than the other colors.

It’s an incredibly small effect, but over an expanse as huge as the sky, it adds up to the pale blue color we see every day. You can see the same effect by looking at something very far away on the horizon. It’s just one example of how the sum of many tiny changes can lead to a dramatic result.