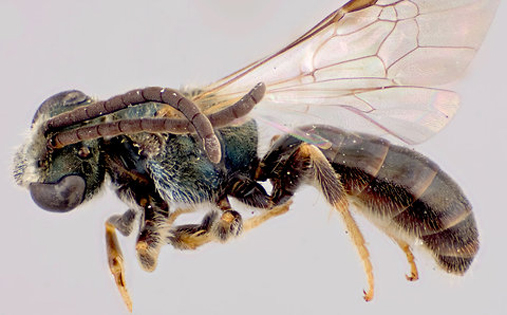 Four new species of bees have been identified in New York State. Among them is  Lasioglossum gotham, discovered at the Brooklyn Botanical Garden, as small as a grain of rice. It burrows its home underground. The species was distinguished  from other tiny look-alikes through DNA bar coding and digital imaging. The discovery, made in 2009, was part of an ongoing bee biology survey in New York City parks. Another bee, Lasioglossum katherinae, had been sitting unidentified in a drawer at the Museum of Natural History since 1903 until these new techniques helped to reveal its identity. Both species are  ‘sweat bees,’ meaning they get some of their nourishment by lapping it off the skin of humans and other animals. But most of their sustenance is still acquired from the pollen and nectar of flowers.

New York City is home to more than 200 bee species, though the city’s bees are not immune to colony collapse. The identification of a new species is welcome news amidst this ongoing ecological crisis.

(via The New York Times)