Visiting landmarks is a beloved pastime for many in the pursuit of sights, photographs and wonder. But what constitutes a landmark? The National Park Service defines National Historic Landmarks (NHL) as nationally significant historic places designated as exceptional by the Secretary of the Interior “because of their abilities to illustrate U.S. heritage.” Almost 2,600 NHL sites are scattered across the country.

Many of these sites – like Mount Rushmore, The Liberty Bell, The Statue of Liberty, or the Golden Gate Bridge – celebrate the majesty of U.S. heritage. But the country has been shaped by all kinds of places, including landfills, quarries, and remote campsites. Here are 8 little known national historic landmarks across the United States. 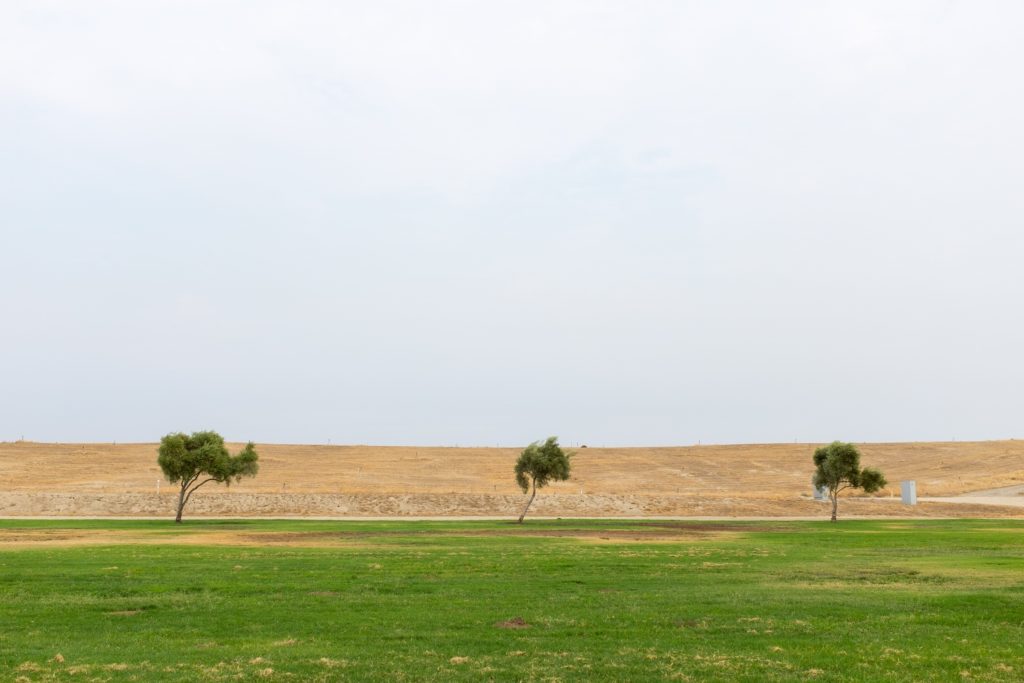 The Fresno Sanitary Landfill was nominated for National Historic Landmark status in 2001. Fresno, like other growing cities such as New York, sought a suitable long-term solution for the disposal of municipal solid waste. The Fresno Landfill employed “sanitary” landfill techniques, where garbage was deposited in trenches, then covered with fill from an adjacent trench, which would be the next area filled. Between 1937 and 1987, the landfill accepted about 16,500 tons of municipal waste.

The Fresno Sanitary Landfill established the prototype for the modern landfill in the United States, particularly in the developmental stages of that technology from 1937 to 1950. It became the most widely utilized waste disposal option in the United States and elsewhere. 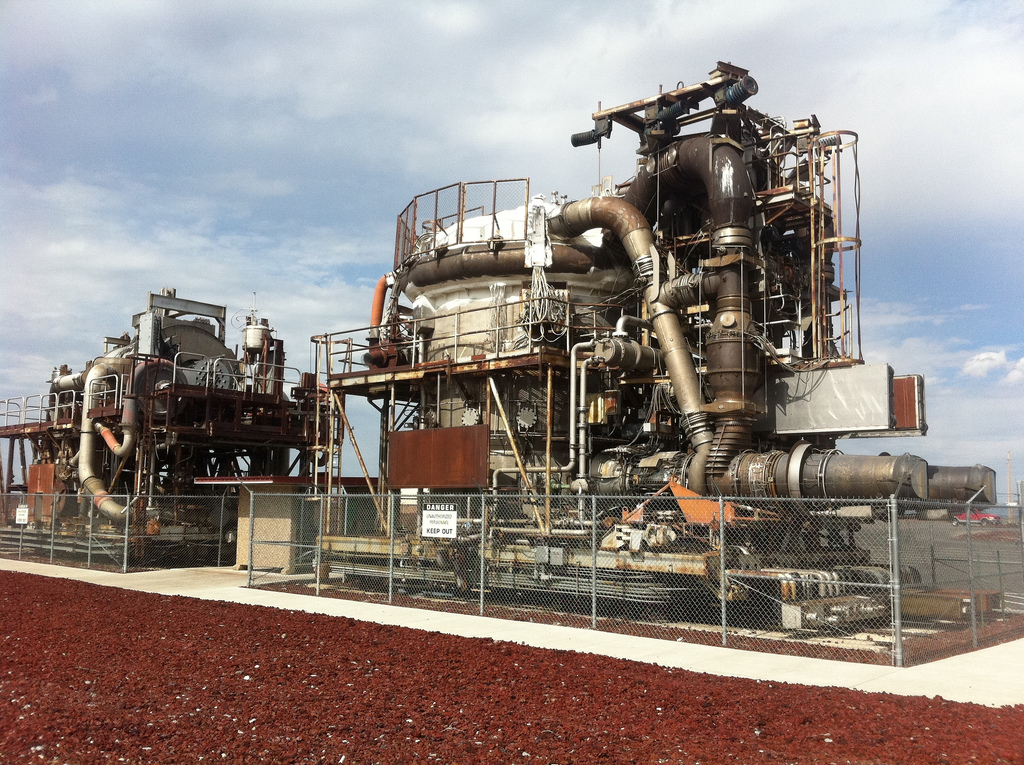 The Experimental Breeder Reactor No. 1, or EBR-1 for short, made history on December 20, 1951, when it became the first nuclear power plant to create usable electricity from atomic energy.

EBR-1 was established as a national landmark in 1975. Open seven days a week during the summer, the plant-turned-museum now offers free organized and self-guided tours. Since tours began in 1975, the EBR-1 Atomic Museum has allowed visitors to and touch the instruments in the reactor control room, try their hand at the mechanical arms that used to hold radioactive materials, and even stand where the nuclear fuel rods once plunged. 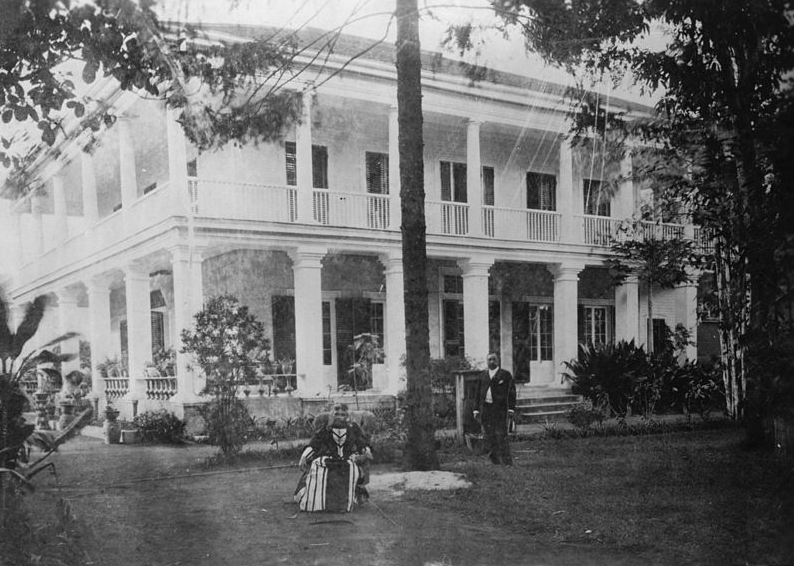 Named in honor of the first president of the United States, Washington Place was built in 1847 by wealthy sea captain John Dominis, but later became the home of Lydia Kapa’akea, also known as Queen Lili’uokalani. Lili’uokalani was the first queen and last monarch of the Kingdom of Hawaii, ruling from January 29, 1891 until the overthrow of the Kingdom of Hawaii on January 17, 1893.

After the Hawaiian monarchy was overthrown, the queen inhabited the colonial house until her death in 1917. The house was subsequently purchased for $55,000 by the Territory of Hawaii and converted into a governor’s mansion.

Washington Place is now open to the public and offers tours. The museum offers an interesting glimpse into an important transitional period in Hawaii’s history. The house became a National Historic Landmark in 2007. 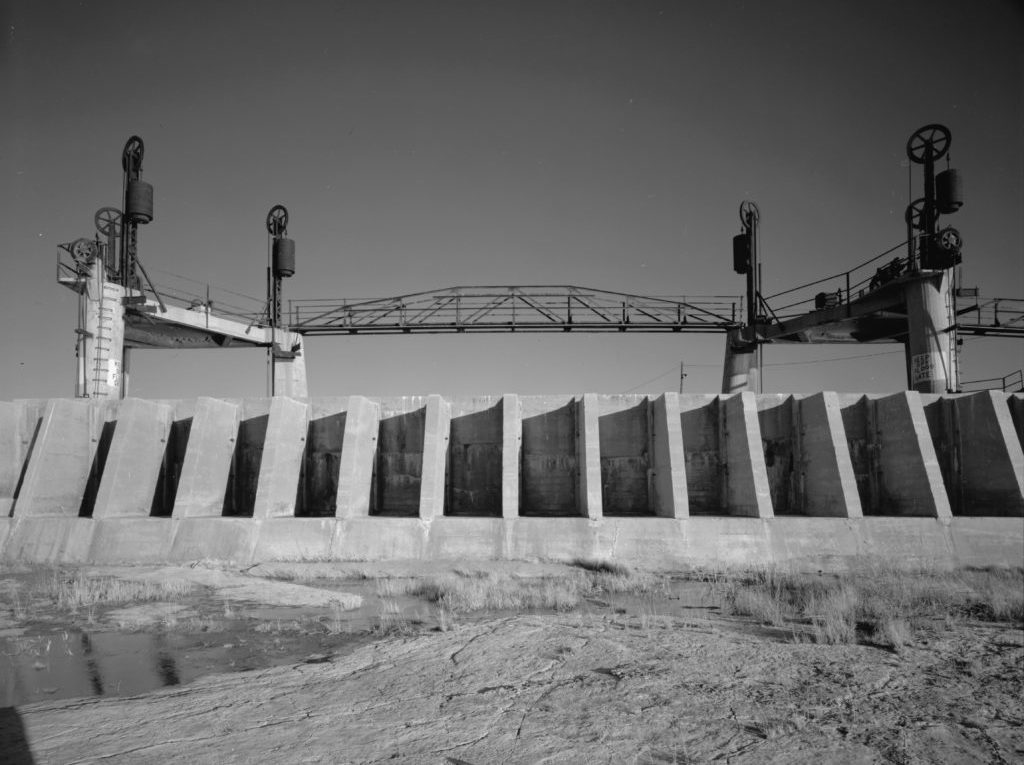 Begun in the 1880s, it is now managed by the United States Bureau of Reclamation, and provides irrigation water to a large area around Carlsbad, diverted from the Pecos River and the Black River. The late 19th and early 20th-century elements of the project were designated a National Historic Landmark District in 1964. 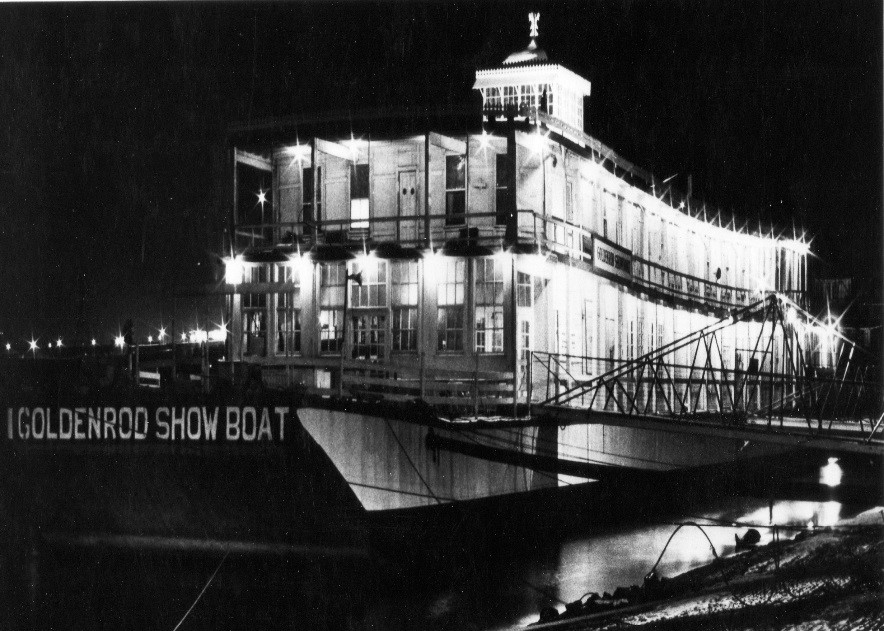 Built in 1909, the showboat named Goldenrod was designated a U.S. National Historic Landmark on December 24th, 1967.

Goldenrod was one of two remaining examples of the modern era of showboats that ended in the roaring 20s. Goldenrod was the largest and most elaborately decorated of the showboats, and provided entertainment in the form of vaudeville and serious drama. The historical showboat was placed on the “Threatened Historical Landmarks” list in 2001. Unfortunately, a devastating fire sealed its fate in October 2017. 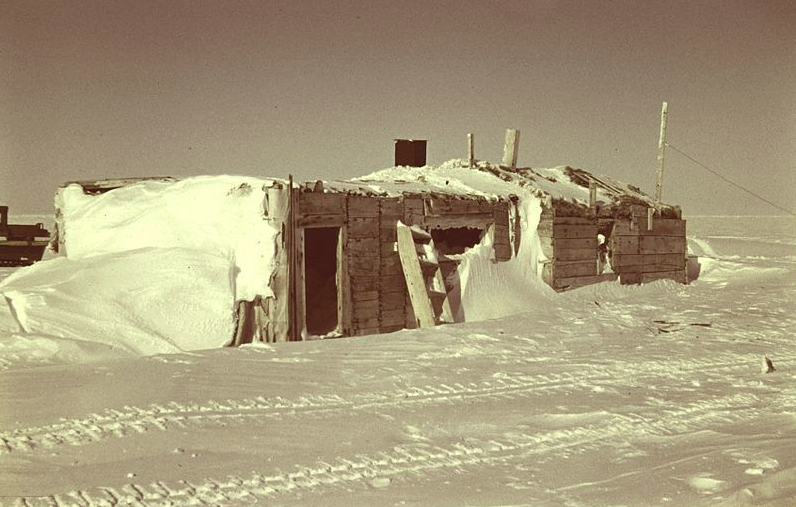 In 1906, geologist Ernest de Koven Leffingwell landed on Flaxman Island, three miles off the northern coast of Alaska, and explored a land no man had studied in-depth before.

Leffingwell and Ejnar Mikklesen, a Danish sea captain and explorer, were the co-commanders of a small, privately financed scientific expedition. They were to investigate the rumors of land north of the Alaskan arctic coast. Though the team ultimately disbanded a year later, Leffingwell stayed on at Flaxman Island to conduct his own research in geology, geography and cartography. During this time, he produced the first accurate map of the Alaskan coast between Point Barrow and Demarcation Bay near the Canadian coast.

Leffingwell was also the first person to study the details of ground ice that is known today as permafrost. He stayed at Flaxman Island until 1914. His pioneering research and discoveries have contributed greatly to the knowledge of the arctic today. His campsite was declared a National Historic Landmark in 1978. 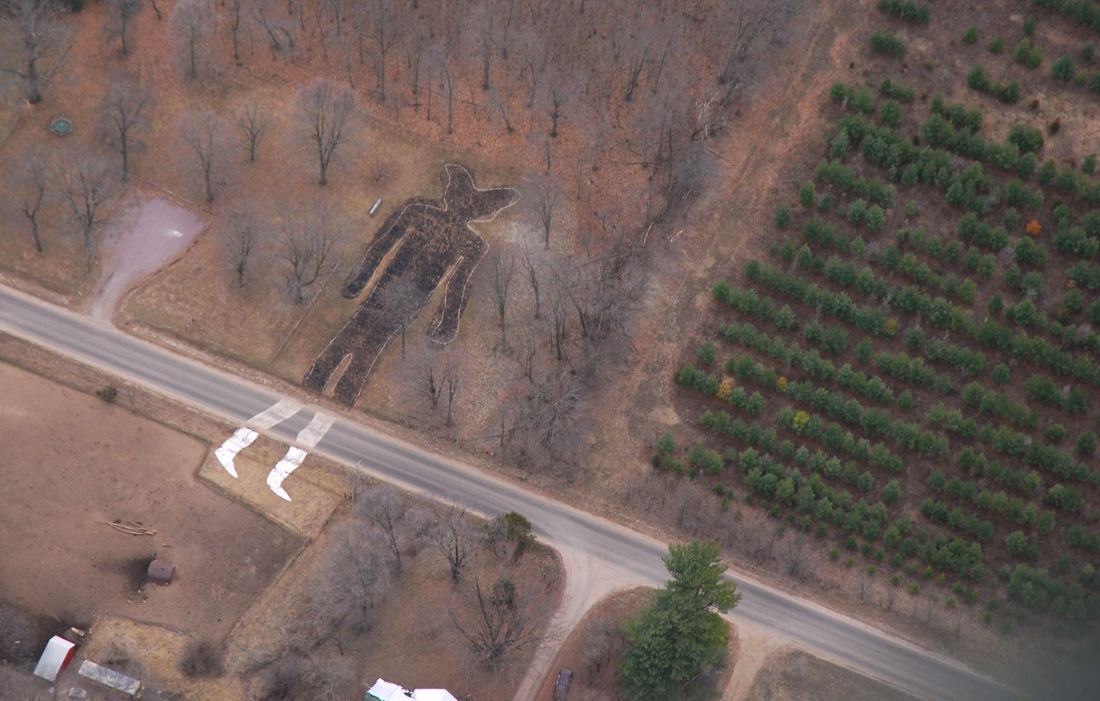 One of the newest national historic landmarks (declared in 2016), is Man Mound, located in a tiny county park.  True to its name, the mound is a prehistoric effigy (a sculpture or model of a person). However, exactly what kind of a person the Man Mound depicts remains a mystery. Archaeologists think that Man Mound was built in the Late Woodland Period, probably around 1000 A.D., about the time Leif Erikson sailed to America.

Some speculate that the “man” is a shamanic figure, since he is toting two horns on his head–perhaps part of a bison headdress.  Another plausible theory is that the “man” is actually a hero-god who descended to earth to fight giants and evil spirits. A common urban legend is that a “Lost Race” from the Old World came to America and built the mounds Historians once speculated that the creators of Man Mound and the other amazing earthworks dotting southwestern Wisconsin were refugees from Atlantis.

Have you ever wondered what creates the beautiful, tree-lined brownstones you come across when walking around New York City? The brownstone mined from Portland Brownstone Quarries was an important source for construction in the latter half of the 19th century. The stone from these quarries has been used in a number of landmark buildings in Chicago, Boston, New York City, Philadelphia, Baltimore, Washington, D.C., New Haven, and Hartford, Connecticut. The site was listed as a National Historic Landmark, which also placed it on the National Register of Historic Places, on May 16, 2000.

The Future of Landmarks

Though it may appear that each these of locations is radically different from another, each site serves as in important signifier of an event, an occurrence, or a historical development that went on in the country. They illustrate the staggering diversity of ideas and discoveries that have been made over hundreds or thousands of years. Each of these national historic landmarks serves as a unique time capsule, showing a country in various stages of development, piecing together a rich tapestry of memory and encapsulating knowledge for future generations.

Under these parameters, one has to wonder: does Freshkills Park have the potential to become a national landmark? Only time, and public opinion, will tell.