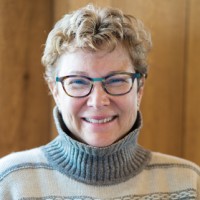 Joanne Witty’s background and experience bridges both the public and private sectors. She has served in New York City and New York State government, in the New York City Bureau of the Budget during Mayor John Lindsay’s second administration and in the New York City Family Court for the first State Administrative Judge. Ms. Witty practiced corporate and tax law at Debevoise and Plimpton, was Resident Counsel at the Ford Foundation and later managed a family manufacturing business.

Joanne has been a long time environmental activist, serving for many years on the Board of the National League of Conservation Voters and on the Board of the Environmental Defense Action Fund. Ms. Witty has also been a central figure in the creation of Brooklyn Bridge Park, serving as President of the park’s local development corporation that created its master plan and as a director of the Brooklyn Bridge Park Development Corporation, the government agency now building the Park.