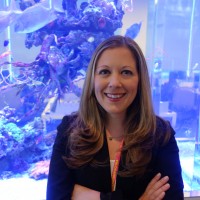 Victoria Cerullo is Director of Business Strategy and Engagement for the Data Analytics & Integration team at Bloomberg LP. Prior to this role, she oversaw global content coordination for Bloomberg Intelligence, the research arm on the Bloomberg Terminal, and environmental and sustainability programs for the company’s philanthropy & engagement group.

Prior to moving to the private sector, Victoria served in the Bloomberg administration from 2007-2013, as Legislative Representative in the Office of City Legislative Affairs and as Staten Island Borough Director in the Mayor’s Community Affairs Unit. Additionally, Victoria was part of a team assembled by Mayor Bloomberg to handle Superstorm Sandy recovery right after the storm and spent the remainder of the administration as Chief of Staff to NYC Parks Commissioner Veronica M. White.

An Annadale resident, Victoria serves on the Association for a Better New York (ABNY) Young Professionals Steering Committee, as co-chair of the New York State Governor’s Living Breakwaters Citizens Advisory Committee. She has been honored on City & State’s Up and Comers list, by the St. George Theatre, Staten Island Economic Development Corporation, the Downtown Staten Island Council, as well as the Todt Hill Civic Association for her commitment to the Staten Island community.