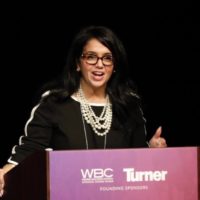 Lisa Bova-Hiatt is currently the General Counsel of the CUNY Construction Fund and Executive University Counsel of CUNY. Prior to joining CUCF and CUNY, she worked as a disaster recovery consultant in the United States Virgin Islands and Texas, focusing on policy and housing in the aftermath of Hurricanes Irma, Maria and Harvey.

Prior to GOSR, Ms. Bova-Hiatt, spent 19 years at the New York City Law Department. Serving as the Deputy Chief of the Tax and Bankruptcy Litigation Division, she specialized in the acquisition of property by eminent domain, in rem tax foreclosures, and real estate titles. She also served in the Bloomberg Administration as a Legislative Representative in the Office of City Legislative Affairs, and on the leadership team assembled by Mayor Bloomberg to address emergency and long term needs on Staten Island in the aftermath of Superstorm Sandy.