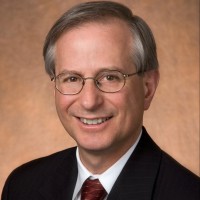 Mr. Burke plays a role in a wide array of issues for the Borough President, including parks and recreation, cultural attractions, youth and quality of life issues.

He served on the board of United Activities Unlimited from 1989-1996, and was recognized with their Petrides Humanitarian Award in 2008. He also served on the board of trustees for the Staten Island Zoological Society from 1991-2002. He has been honored by the St. George Theatre, the Greenbelt Conservancy, the Salvation Army, the Boy Scouts and Eger Health Care and Rehabilitation Center among others.

During the administration of former Borough President Guy V. Molinari from 1990 to 2001, Mr. Burke served as Communications Director and Executive Assistant.

From 1985-1989, he served as Press Secretary for then-Congressman Guy V. Molinari.

From 1981-1985, Mr. Burke served in the Community Relations Department at the former St. Vincent’s Medical Center in West Brighton.

Mr. Burke earned his undergraduate degree in English from Wagner College in 1980 and his Masters Degree in Public Administration from Baruch College in 1997.  Burke, 56, is a resident of Castleton Corners.